The first dog on the drawing sheet for the 84th All-America Prairie Championship was Funseeker’s Gem. Her hour came just before noon and her accomplishment raised the level of the stake to such a height that the performance hill for the remaining 33 would be near impossible to climb. None did. She was but a hair off perfect. Totally thrilling.

Gem’s four finds on grouse and prairie chicken set her apart. And an hour of speed and hunting in an enormous forward pattern was the equal of this, one of the most challenging prairie courses a bird dog was ever sent across.

And her popular owners, Frank and Mercy Fonseca of Miami, Fla. were watching every step. They saw the puppy they started in Florida win a major prairie championship in a fashion that marks it totally memorable for all who got to see it.

Dr. Tom Kennard of Jacksonville, Fla., owns Spike. He was not there but he has judged on these grounds and he can play the performance in his mind, the early find, the colossal hour, a duplicate of last season’s and the far front location of a big covey flying off from in front of his statuesque pose at the very end.

The Fonsecas owned Bandit’s Virginia Sun and Smart River Hawk. And Frank gives Mercy credit for the champion and her three sisters. “She let the dogs together.”

The Fonsecas ran all four youngsters in amateur stakes and sent Gem north with Dileo when she was but six months old. The were whelped January 6, 1993. She has retuned to the prairies in summers since.

This is her second championship in the open country, the first was in 1997, the Southwestern at Trail City. She also won the Masters Open Quail Championship, and she has placed in three open all-age stakes: 3d, Association of Florida; 2d, Sunshine; 1st, Vidalia; 2d, Iron Nation, with nine placements in all.

Her previous prairie championship pales in comparison to this performance, as do the hours of many another. The four times she found game were spaced through the hour, and she not only appeared to be hunting, the game proved she was.

Her speed, carried from the opening cast to the very end, was totally impressive.

He is a handsome individual with impressive muscling and obviously the heart to put the athletics to work. He came from the Livingston Kennel near St. Louis, the result of breeding A Frontline Rebel to Nell’s Native Shadow. The son of Barshoe Brute and a dam heavy with the Swing Along line that produced Rebel Wrangler, has another son Frontline Mick, also owned by Kennard, which had an extraordinary Derby season last year.

Spike won this championship a year ago in the heat on virtually the same course in a startlingly strong hour with but one find — plus one after time in the same area he had his second find this time. The ground heat was a duplicate.

Dileo has had him since a yearling pup.

It went pretty much this way:

Funseeker’s Gem (Dileo) with Stateline Showstopper (Edmundson) were the lead-off pair. The Championship started where the Derby ended, after the swing under the power line that crosses the east pasture. It gave the pair a straight shot over the high ridge, across a small creek, on to the gates into the main road pasture. Gem took that route, and before she was through the gates she had found two coveys, handled them perfectly though one rose as judges were riding to her. She was swift afoot. Showstopper, fresh from a win of the Southwestern, was also fast and far, too far, and lost. Gem turned south along a left ridge, found a third covey. She went speeding on and had a stop where nothing was flushed. An unproductive can be made worse than it is by a prolonged relocation effort dictated by the handler. The scouring, hunting race went on to the turn at the two ponds, over the ridge. When the party got to the top, the small orange female had crossed the bottom, took the fence back north, perfect. No tarrying, just constant forward motion toward the high pole gate. But there was time for another covey to be pointed and for Dileo to flush them. She finished going away as strong as at the beginning.

Kingpin (Morton) and Frontline Spike (Dileo) were started short of the gate near the Madsen house, the usual last afternoon arrangement. They were through it and made the sweeping turn south to put on quite a show. Spike had one find as he cruised the left hillsides, constantly far and forward. He found game, pointed it appealingly and mannerly. When he got to the end of the pasture, he went past the ponds, over the high ridge and down across the wide bottom, up the fence line to the front. It was the same story as the brilliant one a year ago. At the end, he ducked under the fence, went across the flat and pointed a covey fanned out in front of him and the hour ended. 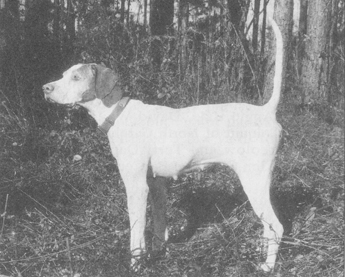 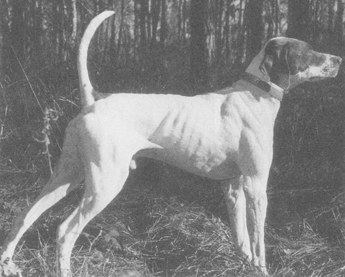 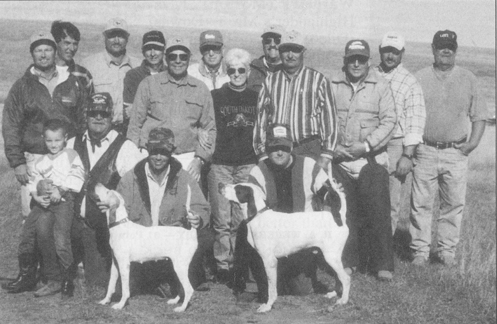 Funseeker’s Gem was bred to Double Rebel Sonny. From that litter came HOF, 2007 National Championship winner Funseeker’s Rebel trained and handled by Fred Dileo. Frank Fonseca lost his long battle with cancer in May 16, 2022. May he rest in peace.