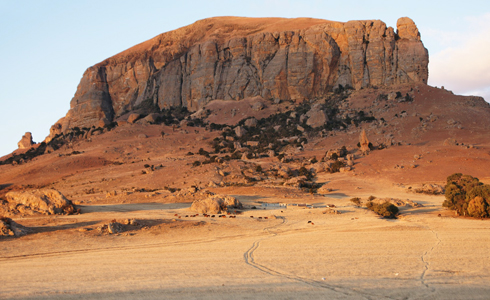 “Hangberg” with a brace working it’s base.

The South African Natal Field Trials should be on any serious pointing dog enthusiast’s list of trials to attend before they die.

The venue the trials are conducted on are amongst the highest in the world — part of it is at an altitude of 2,400 meters (1.49 miles). They are also run on the greatest range of wild game bird species and on the widest range of terrain. During this most recent trial, game birds dogs produced included redwing on the mountain plateaus, greywing on the slopes, guineafowl and quail in the prairie and snipe and swainson in the brush choked river valleys — six different species in very different habitats.

They are certainly unique in being the only trial in the world where dogs have to work between herds of zebra, black wildebeest, rhebok and blesbok (and occasionally be chased by them), and where the gallery includes baboons and lions!

The 2010 trials were concluded last week. Turnout was exceptionally low this year. This is likely due to the holding of the inaugural Central and Zimbabwean Field Trials in the previous two weeks, (with many handlers choosing to support the new clubs), as well as the South African Falconry Association meet the following week. Many field trialers also fly falcons. Both the above-mentioned trials had a good number of entrants.

Despite the low turnout the Natal Trial was very successful, with plenty of birds, good weather and scenting conditions and great dog work. The Highveld is dry and cold in winter with wildly fluctuating temperatures. This year was no exceptions, with temperatures ranging from 18 degrees to 76 degrees fahrenheit over the week of the trial. However, there was little wind and no precipitation which kept things enjoyable for everyone. The reduced field gave the dogs more time to show their stuff, and meant the gallery had lengthy breaks — much appreciated in the hot weather of the last day. 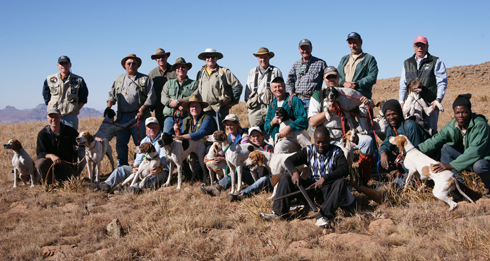 The dogs called back on the last day for the judges to take look at again. 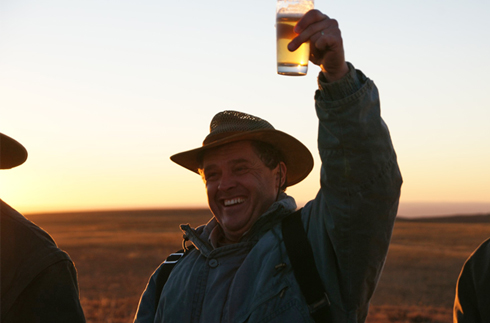 Chief Judge, Taffy Walsh at the end of the trial, toasting the dogs. 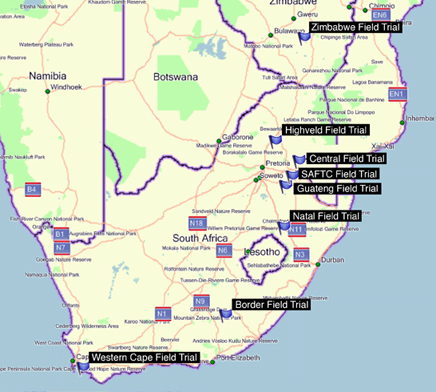 Map of South Africa showing the location of their trials.

Additional photos of the 2010 Natal Field Trial have been added to the South African Field Trial slideshow (album eight).