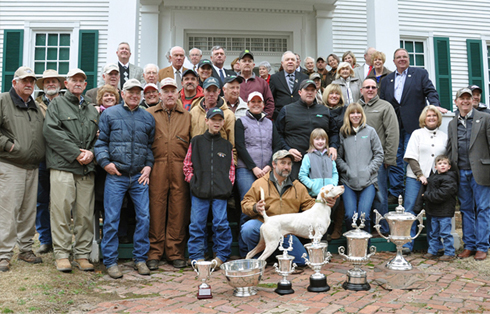 Strideaway congratulates Ike Todd and Keith Wright, owners of Touch’s Whiteout, on this well-deserved win. From all accounts, the dog did a magnificent job for Ike and we await the official description from the American Field’s Bernie Matthys who reported the event. Congratulations also go to scout, Nick Thompson and Blair Conley. This is not the first occasion Nick has scouted a dog to a National Championship win.

One of Touch’s Whiteout’s qualifying wins to get him to the National was the All-America Derby Championship held in Galatia, IL, March 8, 2010 — less than one year ago. At the time the dog was named “Lester’s White Out” and was owned by Gary Lester. Here is the description of his performance:

“Lester’s White Out, handled in the second brace by Ike Todd, had owner Gary Lester scouting. White Out had three picture perfect finds which were spread nicely during the hour. The first was at 24 when birds were flushed from briars that were growing around a fallen tree. The second was at 35 in a thicket of honeysuckle. At 56 Todd raised his cap the third time and soon flushed quail that White Out pointed to the left side of a mowed field. The strong pointer hunted aggressively and consistently for the entire 60 minutes covering a lot of ground. His carriage was beautiful and he was a pleasure to watch.”

Judges for the All-America Derby were Frank LaNasa and Jerry Kolter, both well-known and respected trainers/handlers from Minnesota with a wealth of knowledge of wild bird dogs. We are proud that both men are contributors to Strideaway. 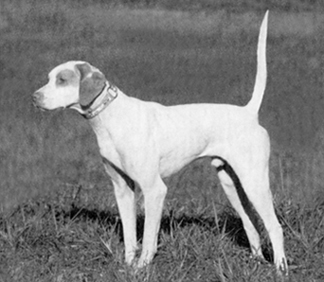