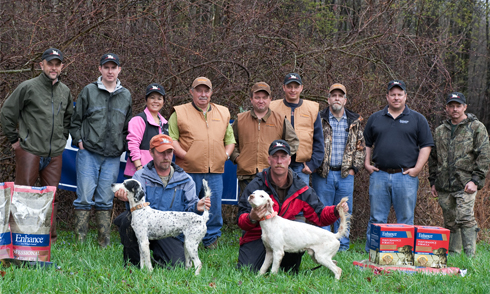 Guys Mills, PA. — The Armstrong-Umbel Endurance Classic for Grouse Dogs was held on the stake’s original grounds in the Black Ash forest of western Pennsylvania. Sixteen dogs competed in the gruelling two-hour heat stake held March 22-24. Weather, for the most part, was hot, with temperatures reaching into the low 80s. Saturday’s running of the last two braces began in steady rain.

Plenty of grouse were seen and heard but were, as is so often the case in the spring, difficult to get pointed. One hen pheasant was pointed. Flight woodcock, perhaps due to the early warm temperatures this spring, had mostly left for northern parts.

Thanks to Russ Richardson and Joe McCarl for their hard work laying out and cutting the courses…with help from Brian Ralph, John McKellop and Shawn Thomas. Thanks to Becky Richardson and all the club members for their help…Brian Ralph for judging and providing delicious lunches every day. A special thanks to Fred Rayl for making the long trip up from Georgia with his lovely wife, Inday, whose company we all enjoyed. Thanks to the Forman boys for their loyal support and belief in the Classic. Last but not least, thanks to Andrew Campbell for his support and for riding all the braces…we look forward to reading his official report.

Thanks to everyone who supports and helps make the Classic a success! 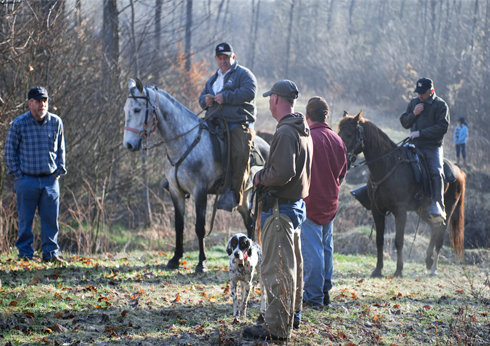 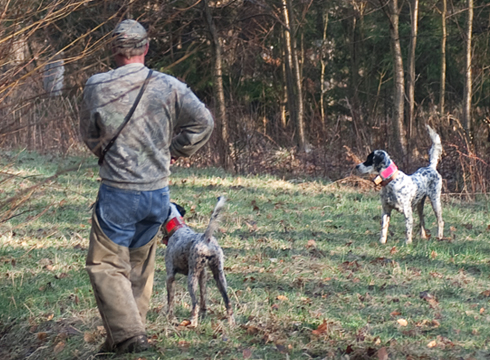 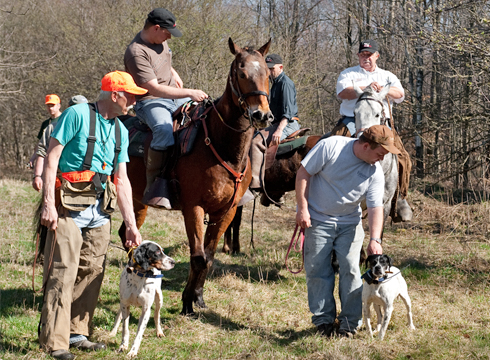 Start of the 2nd brace: Nic Mellon with Ben and Russ Richardson with Two Acres True Hope. This was Hope’s third year competing in the two-hour stake. 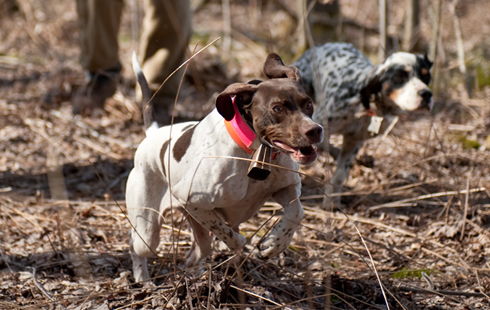 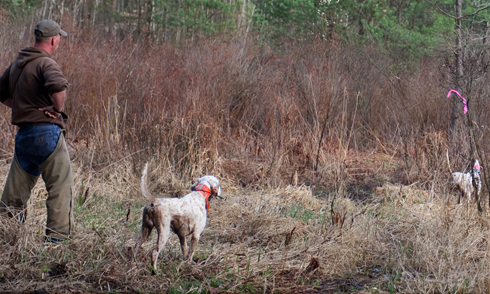 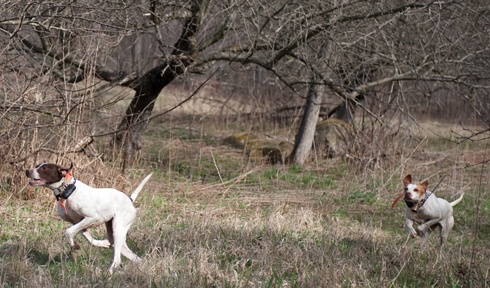 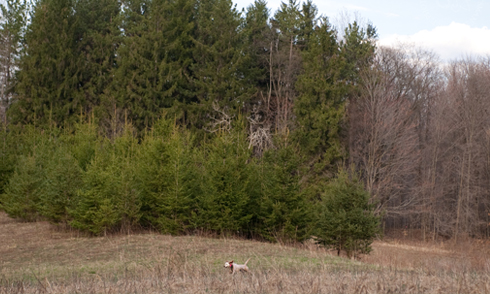 Chips Charlie Brown in the second hour of the 6th brace. 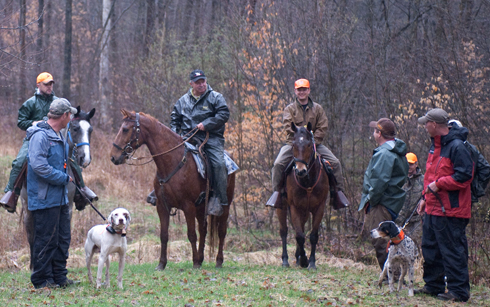 Scott Forman with Grouse River Ace and Marc Forman with Lake Country Raden at the start of the 7th brace. Ace has competed in the Armstrong-Umbel four times and was R-U in 2009. 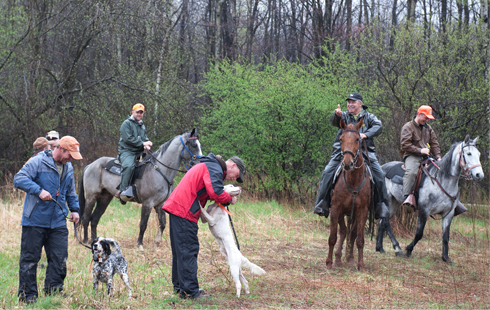