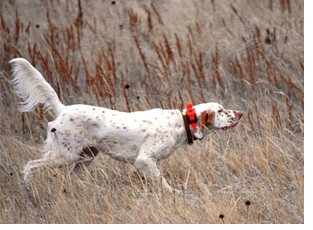 The short grass prairie was tattered with an arroyo containing old rusty junk-cars and other weathered household artifacts such as washing machines that had seen better days. An orange and white setter locked up on point at the top of the culvert as a bevy of scaled quail buzzed frantically out of sight. The setter followed chase through the appliance graveyard and came back limping. On closer inspection, the setter had severely lacerated the flexor tendons on the back surface of the right forelimb. Traditionally, the tendons on this setter would have been delicately pieced back together with absorbable sutures and a splint applied to decrease the bird dog’s range of motion for 30 to 60 days. What if there was an advanced medical technology available that could speed up the healing and ultimately the recovery time?

Veterinary medicine strives to parallel human medicine but we lag behind in advances mostly due to the cost factor and lack of pet owner interest or demand. Regenerative medicine in the human medical field began to emerge as early as the late 1960’s. Platelet Rich Plasma (PRP) Biotechnology was implemented in people by the 1980’s when it was discovered that platelets from a patient’s own blood could be used as a vehicle to release wound healing factors or substances that could aid in rapid repair of injured tissues and blood vessels. PRP Biotechnology is now available at a reasonable cost in veterinary medicine. 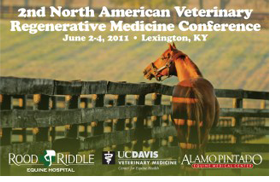 The canine body is made up of some 100 trillion individual cells and these cells communicate to each other through chemical signals (proteins) that maintain a normal (functional) balance within the body.  Platelets (aka Thrombocytes) are fragments of larger cells (Megakaryocytes from the bone marrow) that circulate throughout the body in the blood vessels. Platelets are the first line of defense in stopping the bleeding of a cut by the formation of clots. Platelets also have very important chemicals (proteins) that they release or secrete like growth factors and cytokines that help repair damaged tissues.

The traumatic injury sustained to the above virtual setter caused a cascade (like a domino-effect) of events to occur within the bird dog’s body. The trauma damaged the tissues causing inflammatory cells and platelets to make their way to the laceration site.  The platelets go to work at clotting the blood vessels and releasing their growth factors and cytokines which ultimately aid in rebuilding new blood vessels and connective tissue. As the wound bleeds, essentially the body is already working to rebuild the damaged tissue and healing itself.

PRP is made from blood drawn from your injured dog (approximately 40 mL are required). The blood is then spun with special equipment that separates the plasma (liquid portion of the blood) from the red and white blood cells. The machine has the ability to concentrate and activate the platelets in your dog’s plasma. Once the PRP is prepared, it can be injected directed into the injured area or injected into the patient’s veins (IV). PRP offers a very promising cutting edge solution to accelerating the healing of soft tissue injuries like ligaments (Achilles’, Cruciate, and Collateral), joints (osteoarthritis), damaged muscles and fractured bones. PRP may also be a realistic alternative to surgery. 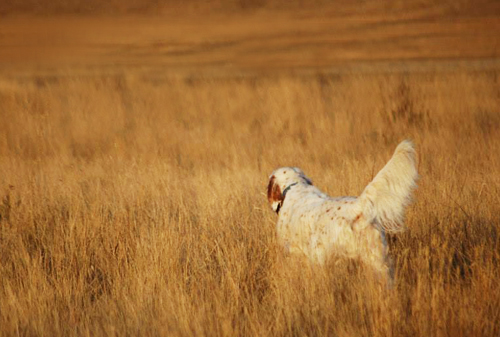 Setter photos thanks to Tom Condon. 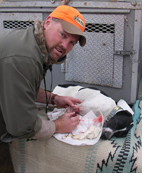 Many thanks to regular Strideaway Contributor, Dr. Shawn K. Wayment, DVM (alias Birddogdoc) for his Advances in Veterinary Medicine Part I.