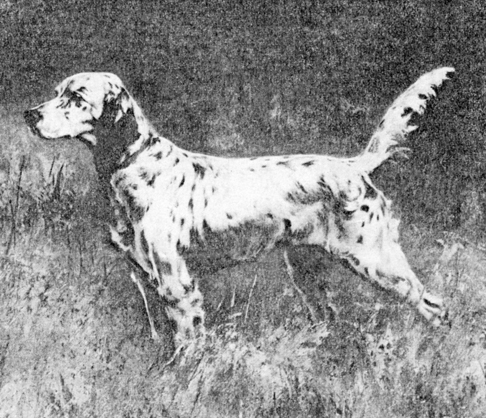 The impetus for founding the AFTCA was a recognized need for a unified structure to coordinate the many aspects and details of the growing sport of amateur field trials. Prominent sportsmen had considered the requirement for specific standards and guidelines for some time prior to the concept of a coalition of field trial clubs under a parent organization was finally established. During the first AFTCA meeting of key patrons in 1917, officers were elected, by-laws and running rules were drafted and adopted, many of which are still in use today.

The AFTCA quickly grew into the vision of its early founders. Clubs around the country that promoted field trials for amateur handlers joined the five original member clubs in the east. Within ten years, the AFTCA had organized membership clubs into six regions: New England, the Middle Atlantic, Southeastern, Central, Midwestern and Southern states. By 1930, there were 38 member clubs.

In early days, the shared aim of the organization’s leadership and its constituents was simple and to the point. By establishing an official structure and rules of competition for conducting and judging pointing dog field trials, the merits of contestants might be fairly tested and assessed. Performance results, officially documented, would thus provide a sound basis for selective breeding. In this way, the association would accomplish as its primary objective, “the elevation of the standard and quality of the amateur dog.”

100 years later, there are over 400 AFTCA Member Clubs running over 1,000 Amateur events annually in 18 Regions. Hosted throughout the US and Canada are 16 prestigious National Amateur Championships on wild birds — quail, pheasant, sharp-tailed grouse, ruffed grouse, prairie chicken, chukar and woodcock as well as Regional Championships, held all with still the same goal: “the elevation of the standard and quality of the amateur dog.” This is achieved through the organization’s priority to provide amateurs the opportunity to learn, participate and compete amongst amateurs in a sport originally dominated by professional dog handlers.

In concurrence with the 100th Anniversary, the AFTCA launched a new state-of-the-art website designed and developed by The Sportsman’s Cabinet to maintain and safeguard the fast-growing Dog Win and Club Databases, to allow for online membership, to present accurate, up-to-date documentation on the AFTCA — its long history and that of its prestigious championships and the all-important 20th Century Fund. The powerful WordPress platform allows for easy posting and archiving of current news and events by AFTCA Secretary Piper Huffman including championship drawings and results that can be shared to social media helping to promote our great sport.

The website generates printable AFTCA Win Certificates and all AFTCA forms, including the Essential Data Form (EDF) — the required document all field trial clubs must submit to the AFTCA for Amateur stakes and The American Field for all sanctioned field trials as well as to Purina for Purina Points trials and other organizations which give out awards for winning dogs. AFTCA Club Membership facilitates the Essential Data Form to be easily and quickly filled out and submitted online. A PDF is created which can then be transmitted to The American Field via email. Invitational Points standing are presented on the website, calculated via the approval of wins. Individual Membership requires that all members maintain their own dog lists from which the Essential Date Form draws accurate information to auto-fill, thereby speeding up the process expediently. Though Win Certificates and numbers are issued only for Amateur wins, AFTCA Membership is open to and encouraged for all who compete in American Field sanctioned field trials. The more members, the more dogs listed, the larger the FDSB-registered Dog Win Database grows, creating an invaluable asset for everyone interested in field trial dogs and their historical win records.

The AFTCA website promoting our great sport is an ongoing project through the efforts of many people including Region 19 Trustee Frank LaNasa who took on the enormous project, Barbara Teare and Steve Standley who did in depth historical research on the AFTCA, the 20th Century Fund and the National Amateur Quail Championship, Torben Hansen for his wonderful description of the National Amateur Chukar All-Age and Shooting Dog Championships and others. We are actively seeking field trial enthusiasts interested in helping with the historical research and writing of the remaining 11 National Amateur Championships. Much of their prestige lies in their history and credit should be given to the many people whose efforts went into their establishment.

We encourage members and nonmembers who have not yet taken the opportunity to look closely at the AFTCA website to please peruse it for much more information on amateur field trial history, the AFTCA’s role in conservation via the 20th Century Fund, and much, much more.

This story appears in the 2018 issue of Field Trial Review, the official publication for the National Championship which begins tomorrow.