Last month Mazie Davis and I were traveling north on Route 21 through Hayneville, Alabama. Just north of town, Mazie pointed to a driveway on the right with a broken-down brick entryway. A columned white house could just barely be seen at the end of the long driveway. We were looking at the old Chesley Harris homestead. We ventured down the road with hopes that whoever lived there would allow us to look over the old place. 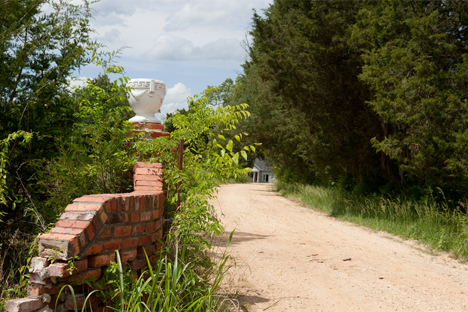 Looking down the driveway at the old Chesley Harris Homestead.

Chesley H. Harris was born near Holly Springs, Mississippi on January 28, 1892. He moved to Hayneville with his wife, LeElla sometime after 1917. Her brother was the trainer Prather Robinson. LeElla was born in Big Cabin, Oklahoma April 1, 1902.

An excerpt from Ed Mack Farrior’s book Reflections On Bird Dogs and The Men Who Handled Them reads:

Louis Haggin, owner of Becky Broomhill, had a lodge and kennels near Hayneville, Alabama. Sometime after Ches got out of the army, there was an article in the Field stating that Ches would not train exclusively for him (Haggin) the ensuing year, but would train publicly and handle four or five of his best dogs. The article indicated that Haggin had given Ches the privilege of using the hunting grounds and kennels where the Continental ran in 1917. This was the beginning of a permanent home for the Harris family.

Chesley Harris died August 9, 1957. LeElla outlived him by many years. She was laid to rest October 3, 1986. They had a son named Louis Haggan born April 6,1941 who died short of 10 years of age on January 29, 1951. Chesley, LeElla and their young son are buried in the Hayneville Cemetary.

Here are the photos I took of what remains of the once beautiful old house, the outbuildings and barn. One of four dogs to have won the National Championship three times, Becky Broomhill, once had run of the place! There was no sign of the kennels that once stood just north of the barn. 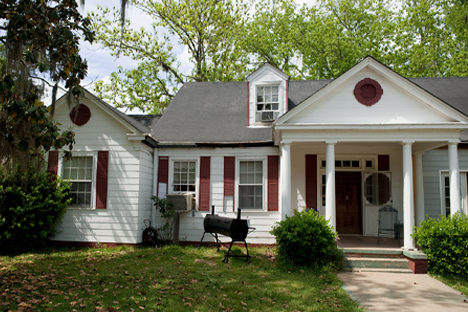 What remains of the old house. Did Becky Broom Hill once sleep on that porch? 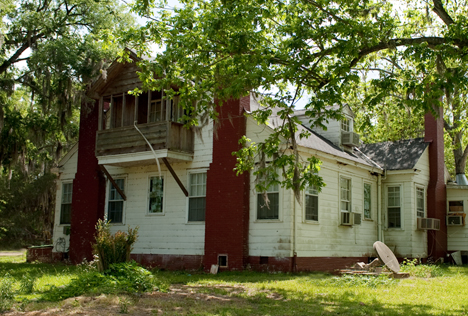 The house was “added on” and sadly, shows years of neglect. 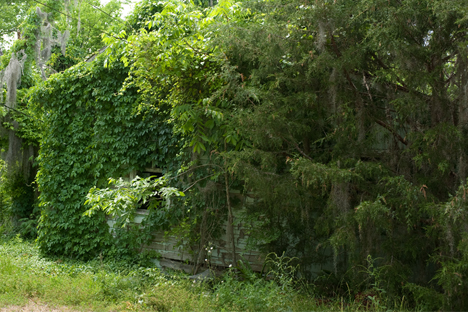 An outbuilding…what treasures lie within? 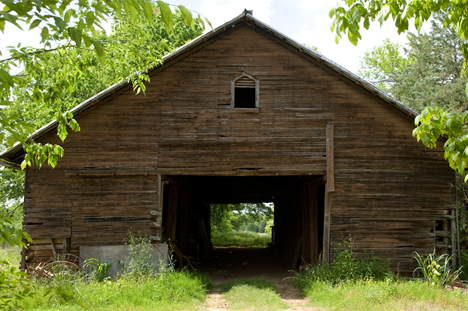 The old barn. The kennels were located to the right (north side) but we saw no sign of them. 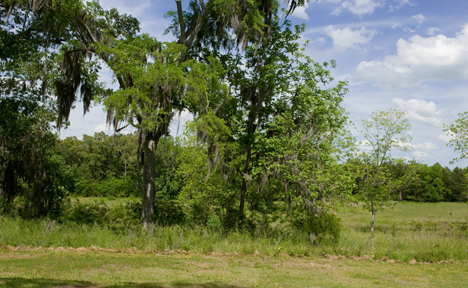 Grounds to the north of the homestead. Did Ches train his dogs here?

Excerpt on Chesley Harris from Reflections On Bird Dogs and The Men Who Handled Them by Ed Mack Farrior. Available only in the Strideaway Store!

This article was originally published on May 2, 2011.