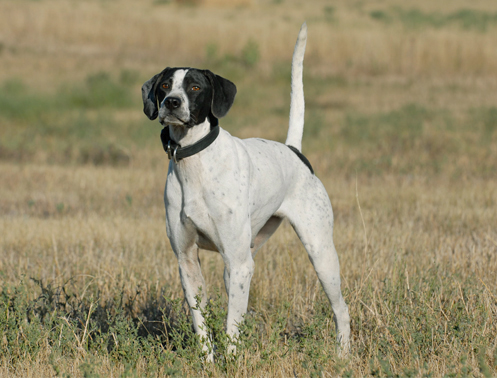 On September 6, 1902 the inaugural running of the Manitoba Championship was held near Carman, Manitoba. Twenty dogs were nominated, and twelve actually started — seven setter and five pointers.

The atmosphere then can only be imagined but an air of excitement would certainly have been present for the first championship on the Canadian prairies was about to go intp the history books.

The year 2005 was certainly no different as far as excitement and anticipation were concerned as the revival of the Manitoba Championship was about to begin after a sixty-four year hiatus in Broomhill, Manitoba, a place where bird dogs, field trials and the likes are no strangers.

For this year’s revival of the Manitoba Championship, a pointer female climbed to the top of the field of 36 competitors to claim the championship title. She is Ard Righ Justina, an eye-catching three-year-old white and black pointer female owned by Dave Breslin of Walpole, Mass., and handled by Colvin Davis. Justina came from the breeding program of Mike and Nicky McGinnis of Baker City, Ore. Her sire Just N’ Time, twice claimed prairie championships with wins of the Dominion Chicken Championship in Mortlach, Sask.

Justina moved herself to the top with a prairie ground performance and a find on Huns that many dogs would have trouble handling. Her speed, class, reach and animation all attributed to the picture. She had a spot near 56 where her attention was drawn to flying gulls that distracted briefly. It was the merit of the rest of the hour that clinched the title.

Taking runner-up laurels for Georgia owners John Neely and Davis Reddish was the stylish Super Shadow. “Jack” is handled by Robin Gates. The five-year-old white and liver ponter male ran the prairies with reach and purpose.

Ard Righ Justina (Davis) left the breakaway with speed and determination. Near the dugout at 15 she slammed on point. She stood in the stubble with skyward head and tail. During the ride to her and during Davis’ flush she was exact. As Davis walked back toward her, about six or so feet from her nose, a big covey of Huns burst from the stubble in an arching flight over Justina’s head. She followed with her eyes while her body stayed put. From here she reached and grabbed the country like she was on fire. She toured deep past Allen Clark’s, on past Wally’s bush, catching the land divide on the horizon. She held that edge for the whole section field where Davis rode and called her to make the turn. After a drink of water she flew away again, crossing the next section of stubble without a hitch. She edged the whole west end of Brown’s stubble field and went into Allen’s half. She neared the end of Allen’s half and with just a few miutes to go, her attention was drawn to some gulls running on the ground which she thought she should stop on. Davis got down and touched her and she went on to finish with speed and drive. 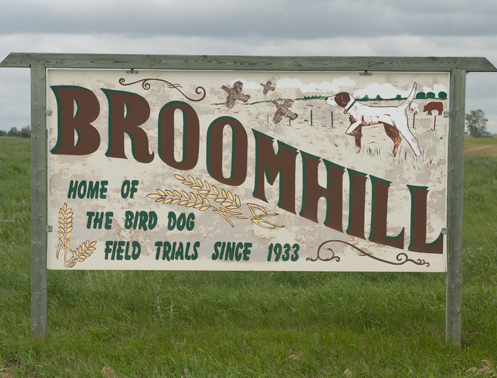