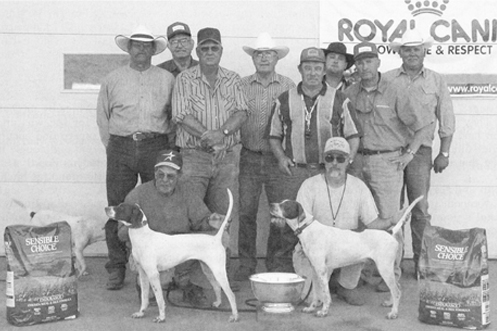 The older of the two men stood squinting into the late evening sun. “It seemed so big to us kids back then.” A relic of a two-room cabin stood in front of them, protruding from the hillside as if having sprouted from the earth of its own volition. The wind drew their eyes to a spinning propeller perched atop a pole, which vainly sought to breath life into an ancient battery lying in the dust at their feet. An arm made a vague gesture.

“That ran a light bulb. There was a stove. We used to pull the door down and stand on it to get warm in the mornings. We were small. A boy from down the road lived mostly with us. That made five kids. We did just fine.

His head turned and he stared at a bare spot not a great distance from the cabin. The younger of the two saw nothing. The older, John Johnson, saw the trees that stood when his father, Axel Johnson, along with older brother, Kenneth, hauled a wagon of lumber across the Missouri River to this location, ten miles west of Trail City, S.D. where Axel and Pearl Stuart Johnson were homesteading. The wagon was unloaded and turned over, proving shelter while a cabin was built with the lumber. The year was 1920.

“There were trees here back then. They don’t do good with cows, you know.” There were to be a total of ten children born to Axel and Pearl and they would matriculate through the cabin and the neighboring school houses.

The currents and calamities that afflicted this country and the world in the first half of the twentieth century, namely the Great Depression and World War II, tugged with great force at the Johnson brood. But roots had taken hold and were not to be denied. After the War five of the young men joined their father, forming “Johnson and Sons Ranch.” During this era the ranch established a reputation for raising and supplying local ranchers with breeding stock for the highest quality Angus cattle.

The Johnson Brothers Ranch was the surviving entity and first saw a dog trainer in the summer of 1966 when the South Dakota Game and Fish sent Guy Smith to them in search of summer training grounds.

In 1970 a young all-age trainer by the name of Marshall Loftin came with Smith for the first time. As the younger of the two men held a camera to record the winners of the Southwestern Championship of 2003, the lens reflected three generations of Johnson men: “Mr. John”, his son Alan and grandson Jeremy. Standing at his shoulder, as he has for 33 summers, was his friend, the now retired dog trainer Marshall Loftin. Correctly named this country’s “Greatest Generation’ by news anchor Tom Brokow, the John Johnsons of this land continue their contributions.

This time is in the arena of sport. Men sit astride horses that walk over the prairies behind “running dogs” which are the breeding essence of the sport. They give of their most precious of their possessions, their land. And it is done willingly. In doing so the brief time we call “going north” provides sustenance that makes the remainder of the year tolerable.

Mr. John and Ray Johnson, along with John’s son Alan, Kenneth’s son Stuart, and Clint Rose, the son of Axel’s youngest daughter Ramona, grant permission each year to trek across the vastness that is theirs. The field trial fraternity in general and the Southwestern Championship in particular are profoundly grateful for their generosity.

The Championship extended the invitation for the event to commence the Friday before Labor Day, as has been the custom for the seven previous renewals. Seventeen handlers began rumbling through the Johnson compound early in the week, most seeking familiar parking places beneath the shelter belt trees, far enough from the house so the barking dogs would not disturb “Mr. John and Miss Bernadine” during the night.

A total of 94 balls was drawn from the bingo wheel, 61 paired in the premier stake, which led the card, and 33 hopeful young dogs following.

On the afternoon of the fifth day of the event, sitting atop a butte with handlers and gallery afoot, milling around the oasis of the dog wagon, Bee Bayou Daisy, six-year-old pointer female joined her brother, Bee Bayou Buddy, in the chronicles of the Southwestern when named champion of the 2003 renewal. Rebel Rex, seven-year-old pointer male, was chosen as her closest challenger.

Stanley Downs’ and Fred Rayl’s hands were shook with genuine vigor for their respective accomplishments. Downs now has seen both ends of the affair, having scouted Buddy for Ken McKay in 2000 and sending Daisy to do his bidding in 2003. Rayl has a good dog and a good owner in Texan Wade Harris. The trio will be heard from again to be sure. Dogs came of age that day and so did men. In his first summer as the “resident trainer,” Fred Dileo exhibited a sense of propriety and was the perfect host. He stood on that butte winding a rope around an arm, with the dust from the last dog not yet settled around him. “It was a good decision. Any time you come off this prairie with one win, you have done something. Reference was to the just completed event held at Kennebec, S.D.

Daisy appeared in the 21st brace with Tom Pace for Rayl. She virtually exploded from the line as if possessed. It was obvious her range would be extreme. Would she take the heat? Conversations continued in the gallery but eyes shielded by sun visors searched for her whereabouts. Tom Pace put forth the effort for the entire hour but did not have quite the range as his bracemate this day and grouse were not to be found.

Daisy had three massive swings by the half. No one riding had a sore neck for she was up front where the field trial was. A superb find occurred at 32. The bitch was seen in front and course turned away from her. Stanley kept his position, riding steadfast to the now front. He found his bitch dead ahead at distance. The talk now turned to: Will she run out the front?” “Is she beating Buddy when he won?”

“Don’t know,” came the reply, “but she sure is beating everybody that is here this year.”

Downs was textbook in his handling. Old school. Could have asked him for a stick of gum. Right in front of judiciary. Epitome of trust and discipline. The straw that broke backs came at 50. Slight turn left was in process of being made as Daisy was drawn to right and abruptly stopped on hillside at prairie range. Scout Butch Winter indicated so. Ride made. Birds in front. When the watches indicated 60 minutes had passed positions were unchanged: Daisy, vivacious as ever, in front of Downs, he sitting precisely in front of Mock and Loftin at speaking distance.

Riders coming into the compound at the end of the day fielded the inevitable question: “See anything?” “Saw the winner,” came the response. 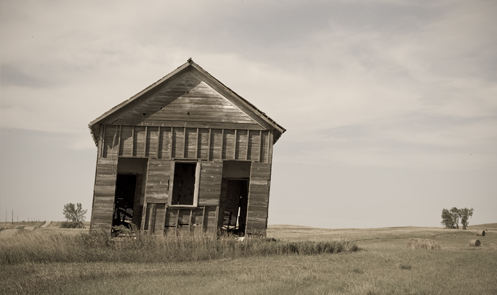 Johnson Ranch from atop a butte. 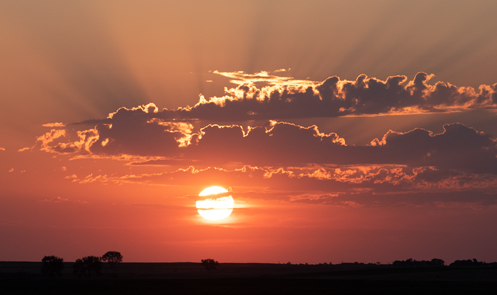