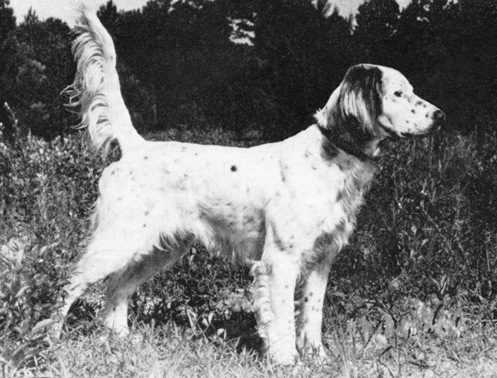 Homerun Johnny, seven-year-old white and liver pointer dog, owned by Miss Claudia Lea Phelps of Aiken, S.C., and handled by Fred Arant Jr., was named runner-up. Johnny with a distinguished record, had an hour that was similar in brilliance to Star, with a prairie all-age pattern, an exhibition highlighted by three razor-sharp finds.

Stuart’s Rambling Rebel—Flaming Star.—Rebel broke to the left and vanished over a rise. Star sped to the front and hit the skyline in shelter strip cover. It was twelve minutes before either gained the gallery at sharp course turn. Star had made a distant bluff after hill summit and was probing deep into that country ahead when course turned right. He was scouted and turned to the gallery direction. We crossed road at twenty and Star sped front again, taking a huge swing into fenced pasture, ending this cast on bare hilltop before he crossed the gallery again. Rebel had been watered at road crossing and as he came on vanished ahead on course over a rise. Arant searched ahead and eventually found Rebel pointing at small clump at 28. It was a great find, dead ahead on course, and he had chickens nailed at a tiny clump. Star had crossed the gallery well forward minutes earlier and had slanted into bluff area with determination. His tail was high and wind blown as he powered his way into bluff terrain. At 35 scout was sent as Star had not emmerged from cover, and he immediately called point. It was a goodly distance to Star and when we arrived he was high and tight, facing a sandy ridge covered with rose bushes from the upwind side. It was a pretty picture. Smith flushed Star’s birds and the tall posture never wavered. We went on to bluffy area and Star began to fringe the edges. He rounded one at 40 and stacked up again with high style. Herman Smith again flushed chickens right in front. At this time the course turned sharply to the left and the setter went ahead widely on it. Star checked all the bluffs on his path. Rebel had been deep in course as we turned. and as we went ahead Rebel neared and pointed in close proximity to where Star’s second stand had occurred. Rebel handled chickens cleanly. Near time Star was boldly ahead on a good swing while Rebel was overridden in a thick bluff. 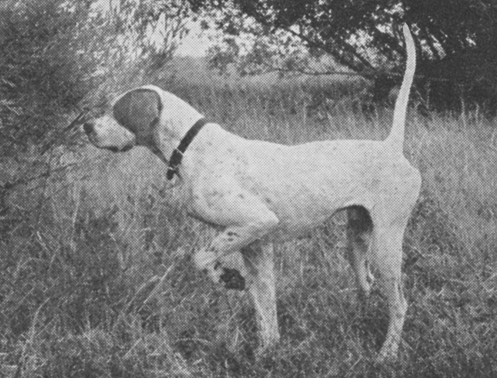 Striker Bill—Homerun Johnny.—Both were away to the front immediately. Johnny chose a small ridge of cover and followed it out of sight. He ran to its limit and started to go over a sparse alfalfa towards the gallery. He pointed at this juncture completely in the open, with great style. Arant flushed a goodly number of chickens right in front. Bill was ahead on a fine swing. We went on towards a bushy ridge heavy with choke cherry and rose bushes. Both had gone largely into the area. Johnny was found on point just beyond the rise and again had chickens in characteristic fashion. Ahead was open grassland with bluffs on far edges. Bill had two good finds executed properly, in this area. Johnny added his third find near pick-up time after skylining the terrain in front. It was a large popple bluff, and he handled this with knowledge of how to approach and point chickens “right.” He was again swelled up with great style, not loosing a particle of it throughout. Both finished well. 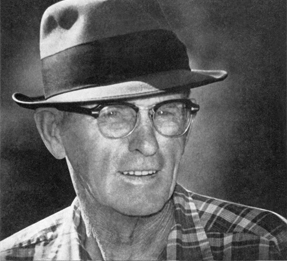 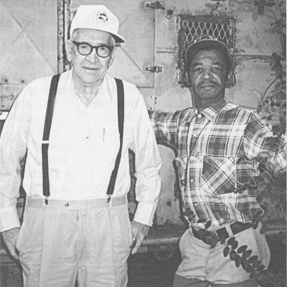 Previous winners of the Saskatchewan Chicken Championship include: