While searching for a description of a great grouse dog performance, several people mentioned Northern Dancer’s win in the 1991 Lake States Grouse Championship. The dog was trained and handled by Jim Tande from Minnesota. The report from the Lake States gave little information as to the dog’s background so I looked for reports of his two other important wins: the 1989 Minnesota Grouse Dog Championship (inaugural running) and the 1990 Grand National Grouse and Woodcock Invitational which, at the time, was not yet a championship.

Dee Tande’s report from the Minnesota Grouse Dog Championship gives a fuller picture of the dog’s ground application and character around game. 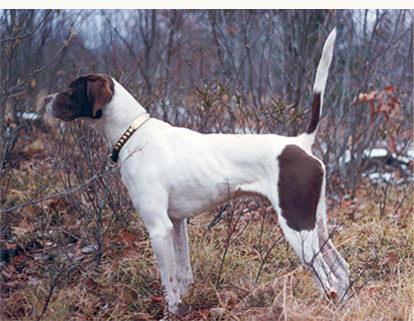 Northern Dancer was bred by Dr. Alvin Nitchman of Hurtsboro, Alabama, sired by his great 5 x Champion Pork Roll out of Seaboard Queen, whose lineage goes back to Hall of Fame dogs, Riggins White Knight and Red Water Rex. Pork Roll (Ch. Smart x Proud Pat) was inducted in the Field Trial Hall of Fame in 1994. 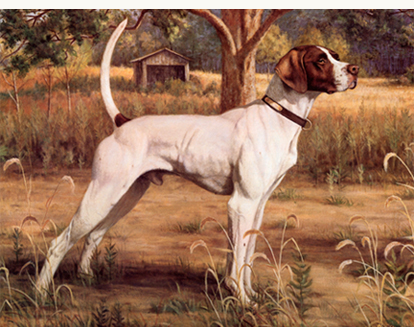 Northern Dancer or “War” was owned by Charles Evans whose Quail Call Plantation near Sylvester, GA served as the training ground during the dog’s derby season. He was hunted extensively on quail in the south and ruffed grouse in Minnesota and also spent time on the North Dakota prairies in training with Jim.

Later in life, Northern Dancer was named R-U at the 1995 Minnesota Grouse Dog Championship which was won by his daughter, Dance Smartly, owned and handled by Jerry Kolter.

Here are the reports of his major wins, including his “Great Performance” at the 1991 Lake States Grouse Championship: 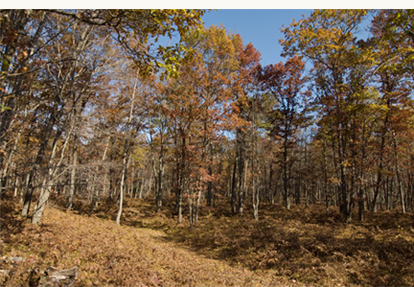