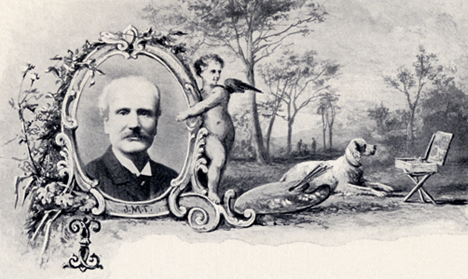 A descendant of passengers on the Mayflower, Tracy was born in Rochester, OH in 1843. His father was an abolitionist preacher (sources also says he was a lawyer) who was killed in an antislavery riot before his son’s birth. His mother, one of America’s first women journalists, was a contemporary of Susan B. Anthony in the women’s suffrage movement. He grew up in the home of his grandmother’s in Orpha Conant, near Oberlin, OH and studied at Oberlin College and Northwestern University in Chicago, IL. Tracy served in the Union Army during the Civil War. Afterwards, he traveled extensively, studying at the École des Beaux-Arts in Paris and, it is thought, at the California School of Design in San Francisco.

He worked in Chicago for a few years, then returned to Paris in 1873, where he again attended the École des Beaux-Arts and married the sister of the French sculptor Emile Guillemin. Tracy’s circle of American friends and artists included John Singer Sargent, who painted a study of him. He exhibited at the Paris Salon in 1874 and 1876.

Upon his return to the United States in 1878, Tracy established himself in St. Louis, MO, initially working as a landscape and portrait artist, executing works both in his studio and outdoors. He began to specialize in portraits of men participating in the field sports. After completing a portrait of a champion Irish setter, many of his commissions were of hounds, gun dogs and scenes of America’s first field trials. Around 1881 he moved to Greenwich, CT, spending his winters in Ocean Springs, MS. 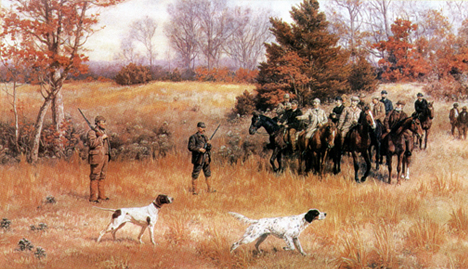 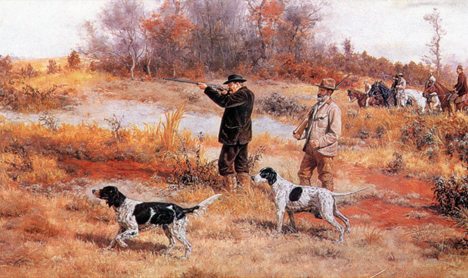 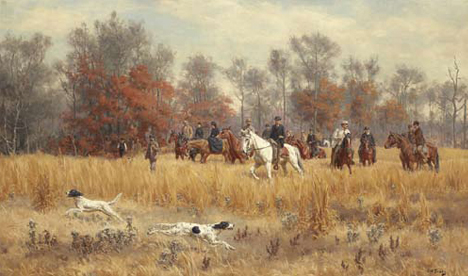 (It appears that around this time, a great interest in sporting dogs and field sports was awakened in Tracy.)

John Sergeant Wise’s 1897 book “Diomed: the Life, Travels and Observations of a Dog”, written as the autobiography of an English setter included two chapters about Tracy — one describing, in great detail, the execution of the painting “November on the James”. 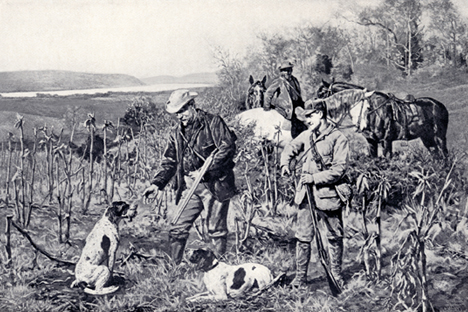 Shooting on Upland, Marsh, and Stream, by William Bruce Leffingwell (1890), includes a chapter written and illustrated by Tracy, entitled “Concerning Pointers and Setters,” covering the pedigrees, anatomy and training methods of pointing dogs. Its contents reveal Tracy’s thorough knowledge on the subject of pointing dogs. This expertise, coupled with his awareness of the revolutionary kinematical studies of animals by the English photographer Eadweard Muybridge, led Tracy to become a much sought-after bench show and field trial judge, as well as a portrait painter. 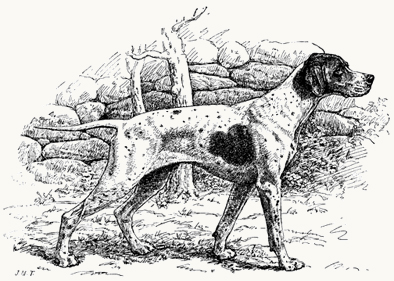 From Shooting on Upland, Marsh, and Stream

He contributed articles and illustrations to The American Field. His vignettes of shooting over pointers, hare coursing trials, and angling were engraved by Weinhardt Engraving Company of Chicago, IL, and used as the masthead for the Field in the 1880s and early 1890s. His work was exhibited widely around the country. 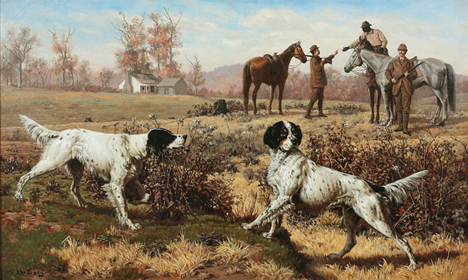 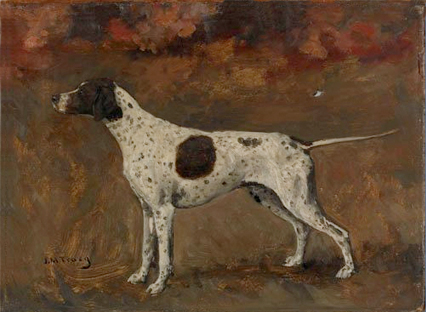 Portrait of a Pointer 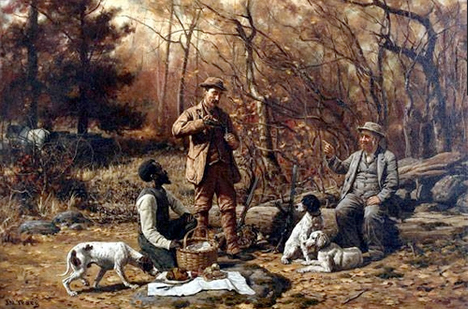 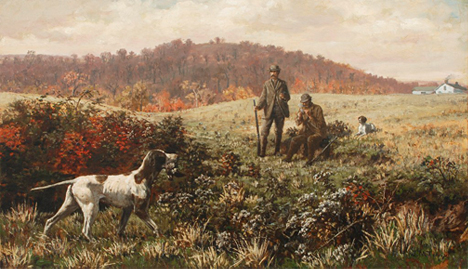 John Martin Tracy died in Ocean Springs, MS, on March 20th, 1893, at the
age of forty-nine. Contemporaries who knew him well suggested he died
from anxiety and overwork in an effort to repaint and repair his entries
to the 1893 World’s Colombian Exhibitions after they were damaged by a
fire.”

Referenced from: “Animal and Sporting Artists in America” by F. Turner Reuter, Jr. ©2008 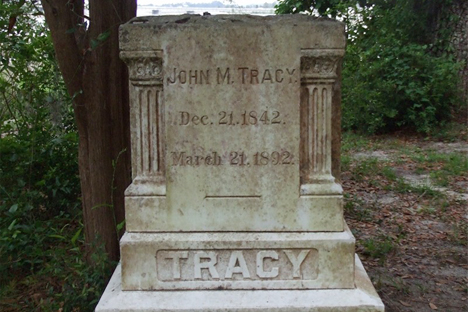 In researching Tracy, I found a post by John Martin Tracy, a man claiming to be the artist’s grandson. He wrote that Tracy died as the result of an old injury he received during the Civil War. Tracy apparently made a painting, commissioned the government, depicting a Civil War battle scene which included his own portrait. Unfortunately no record of the painting has been found.

It’s also interesting to note that the date of Tracy’s birth and death inscribed on his tombstone do not correspond to the referenced biography.