One That Runs Away But Not Quite

Class — “One That Runs Away But Not Quite” 114 Years Later 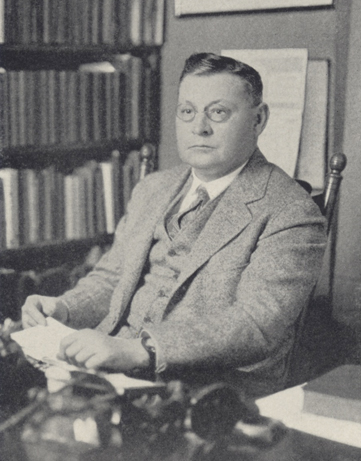 This seems an appropriate place to include A.F. Hochwalt’s definition of a “class dog.” He always insisted that, “a dog which cannot be made subservient to his master and the gun is not a dog even for field trials.” Indeed, Hochwalt’s views were in exact agreement with those of the celebrated handler, Dave E. Rose. Although there have been many definitions of class, the abbreviated statement of Dave Rose has been given the widest circulation — “a dog which runs away, but not quite.” It may serve a useful purpose to include here the full historic utterance of the successful professional bird dog trainer, for Al was present at the time Dave Rose addressed his opinion to a little group gathered in “The Thistle,” well-known hostelry at Barber Junction, N.C., operated in those days by its founder, R.K. (Bob) Armstrong. This was in December 1907, long before the period when the colorful Scotsman came into his greatest fame as the discoverer, the trainer and handler of Mary Montrose, Comanche Rap, Royal Flush, Sunkist, Stylish Wasp, and others whose names are carved along the highways of field trials… 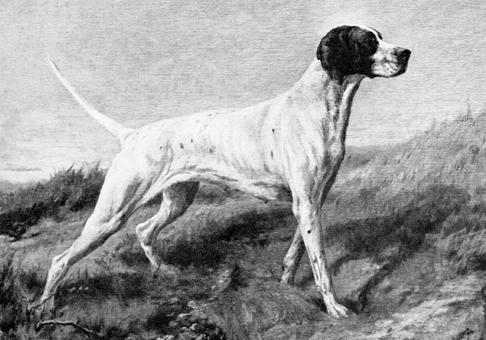 “Uncle Dave Rose was the Nestor of the group. His words were absorbed with a deferential respect and he had a way of uttering them so that they etched their import into the very brains of those who listened He radiated that rare quality we call personal charm.There are men of dynamic force who can do the thinking for an entire group and their thought are forcefully expressed…

“It should be remembered that this was in 1907, at a period when Jessie Rodfield’s Count Gladstone, Alford’s John, Prince Whitestone, Fishel’s Frank and several others had somewhat shaken many in their firm conviction regarding the true interpretation of class. These dogs just enumerated were real bird dogs and many of those enthusiasts who came under the head of so-called ‘class cranks’ were inclined to look upon their performances more or less lightly, attributing their success to the fact that they won merely through their unusual ability on game. But the inning of the wise bird dog was evidently coming. Speed and range were no longer the sole goddess to be reverenced in field trials. 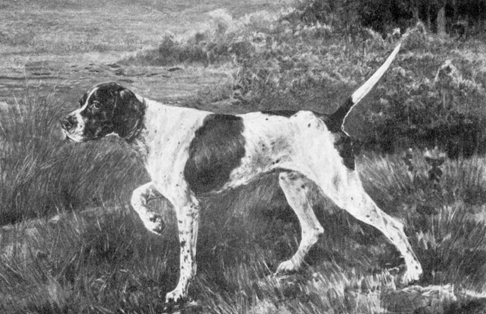 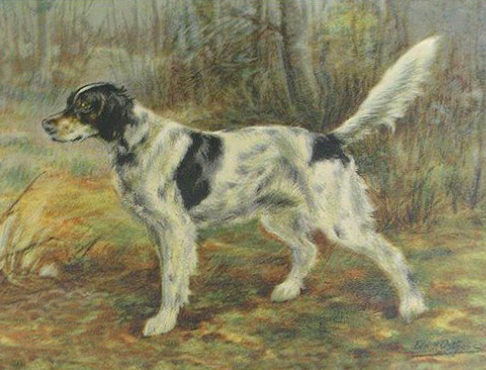 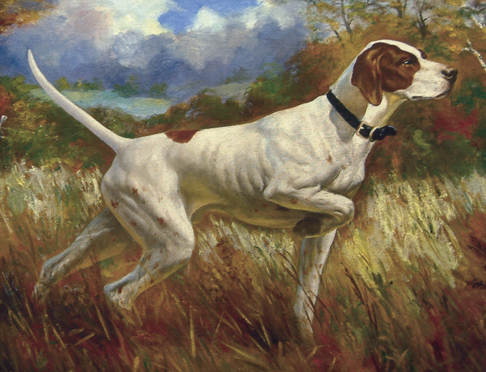 “Uncle Dave was an exponent of ‘class’ but not in the sense that class has generally been excepted and even as the world today (1939) imagines the late handler felt about it. The famous phrase that he uttered many years ago has been bandied about and quoted by writers who knew him and misquoted by writers who did not know him until it became threadbare, but as it came up around the cheerful fire in The Thistle on that blustery December day in 1907, the incident will bear repetition.

“ ‘Uncle Dave,’ someone asked, ‘you defined a class dog as “one that runs away, but not quite.” Does that one short, simple phrase cover the subject to your satisfaction?’

“Uncle Dave sat up a little straighter in his chair. ‘Yes, my young friend, I did say that, but it was more in jest than in seriousness, for it about covers the idea that many have of class in a dog, but let me tell you, sah, that’s not my full idea of class, sah.’

“ ‘Well,’ retorted the inquisitor, ‘what do you call class then, in earnest?’“ ‘What do I call class?’ This was uttered as a prelude as he looked his interrogator in the eye and a deeper glint came into his own. ‘My idea of class is a dog that does it all, not the kind that some of these judges have been placing; the kind that run and does nothing else. You remembah, sah, that back in the old days a class athlete was one who was equally good in any sphere that came under the name of sports. If he was proficient in all of them, he was a class athlete and not before. And that’s my idea of a dog. Just because he can run fast and go wide, he means very little to me if he won’t handle his ground properly, if he can’t find bevies as well as singles, if he won’t back if called upon to do so. But you can find dogs that will do it all and when you do, you have a class dog, but you haven’t got one that can only run wide and fast and find a bevy once in a great while by accident, and then perhaps away off somewhere and you only discover him by good luck.’ ”

Al Hochwalt thought that was about the best unstudied definition of class that he ever heard.

This in no way implied that speed and range were not components, or even important components of  ‘class’, simply that they alone did not define ‘class.’ 114 years later Dave Rose’s quote“One That Runs Away But Not Quite” continues to be misunderstood and is almost always referred to in the standard for All-Age dogs. 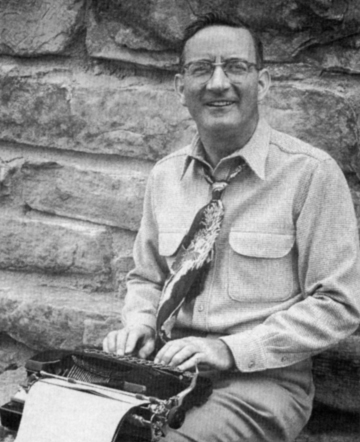