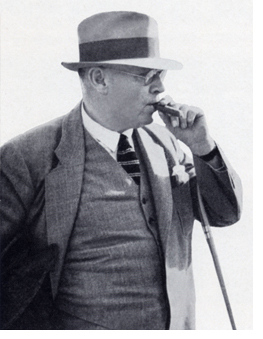 During the summer months — June and July — back in the 1930s, the dean of field trial reporters, Albert F. Hochwalt, who by his writing and reporting, guided field trials and influenced how field trial dogs were judged, used his summer column to inform readers about happenings from the past field trial season and give them news of the season ahead.

Looking ahead to the fall of 1933, Hochwalt announced the judges of the All-America trials — Charlie E. Griffith of Big Cabin, Okla., and Clarence F. Aldrich of St. Paul, Minn. Griffith was an officer of the All-America Club and had been reluctant to judge those trials, though he had judged any number of leading stakes, including the National Free-for-All and the National Derby Championship on several occasions. Griffith owned Mount Riga Kennels from which several great bird dogs had emerged.

His judging partner, Clarence F. Aldrich, had “broad experience judging both prairie and quail trials,” Hochwalt noted. Aldrich also had owned a number of winners, including the well-known Mack Pritchette.

Hochwalt used the announcement of theses two arbiters as a springboard to address the issue of judging. With the plenitude of ink spread on the topic of recent issues, Hochwalt’s observations were relevant then and they are relevant now.

“Speaking of ideals in field trial values and all that sort of thing,” he writes, “we all form certain opinions about certain things and I know of no other sport, pastime, or business, where there are so many ideas, or ideals, if you will…

It is generally conceded that we cannot judge bird dogs in the field by a set of stereotyped figures; we must have something in our minds besides mathematics. The old percentage plan of fifty years ago does not fit in this time any more than does the covered wagon compare with the automobile as a means of transportation.

“All this preamble leads me up to a little set of maxims that Clarence Aldrich has in mind when he’s judging dogs. In fact, he has them written out and pasted them inside the front cover of his note book, where they are always before him.

“I think they embody a lot of important things that many a judge overlooks and so I am giving the (his) maxims on field trial judging, at this time, just before the (fall) season begins, with the idea that others may do well to copy and profit by them.

“It is freely granted that all the maxims in the world and all the figures in arithmetic cannot make a field trial judge if the material is not there, for I am inclined to think that field trials judges, like poets, are born, not made.

“…These precepts that Clarence Aldrich has pasted in his judges’ book are worth remembering by the best and the worst of us, so here they are:

• Do not measure a dog’s greatness by the distance he goes from his handler to find birds.
• Do not give preference to quantity, if brilliancy is lacking.
• Do not be carried away by a temporary display of brilliancy; remember one swallow does not make a summer.
• Do not make a dog win twice.
• It is better to condone the slight mistake of a genius than to reward mediocrity.

“In these five precepts lieth the essence of the entire law of field trial judging.”

[Editor’s Note. As Hochwalt was preparing this column for the July 29, 1933 issue, Clarence Aldrich was preparing a brief telegram to the American Field: “Mack Pritchette died at Fitzpatrick, Ala., July 2, from poison, resulting from an infected tooth.” 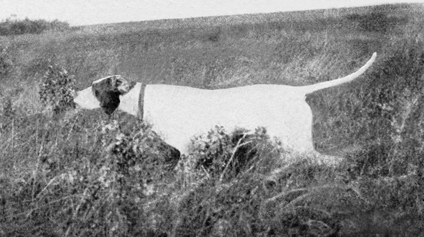