Thanks to Marc Forman of Shady Hills Kennel for taking the time to speak with me about his great 5x champion setter Shady Hills Billy who died this past summer at over 15 years of age.

Shady Hills Billy was whelped on February 21, 1998. He had 34 placements, produced 57 winners with a total of 383 wins to date. He produced 12 wild bird champions. His progeny have also won the International Cover Dog & Walking Shooting Dog Futurities and the Michael A. Semitore Setter Award twice. 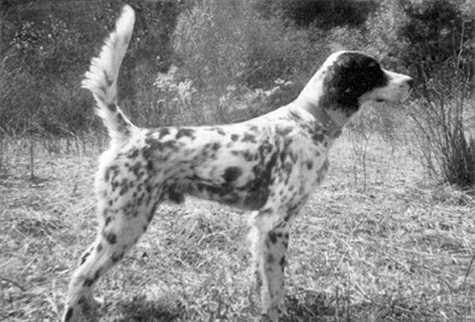 “Veteran Shady Hills Billy started fast and furious for handler Marc Forman and was soon traversing the open timber at the beginning of course No. 5 then took the left ridge and shot to the front. On into the the oak scrub and swamp bottom he searched deep but continued his forward pattern. On through the spruce, he canvassed forward and stopped at 17 to the right of course in popple stand but moved on his own. At 19 his bell again stopped to the right in popple where Billy executed a nice woodcock find. From there he probed far and wide. As we entered course No. 6 it goes through an oak scrub and popple ridge and drops down to a hillside bordering a swamp. Here Billy made an impressive cast along right swamp edge and stayed far to the front, running the entire edge of the swamp and not observed until the two track. After Billy crossed the two track he went far up the ridge to the popple cut on the left ridge top that borders course No. 1 and disappeared as handler thought his bell stopped at 48. After some minutes of searching, judge Cole and handler found Billy standing. With a quick look at the dog’s posture, Forman sent him on and with a direct line relocation, Billy nailed the woodcock for flush and shot. A great piece of work. Billy raced to the front with the other handler and disappeared down the right ridge where he executed another woodcock find on his own with bracemate’s handler handling this find. Forman caught up just in time to regain control of his charge after the flush and shot and with minutes left took Billy across the road parking area at the end of course No. 6 where he stabbed yet another woodcock as time expired. This was a performance of far, forward, independent search and bird handling that is prized by any judge or handler. It was a performance that went right to the top of a competitive heap.” 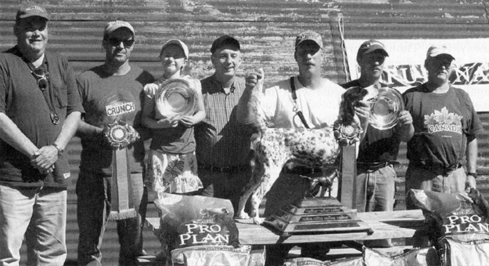 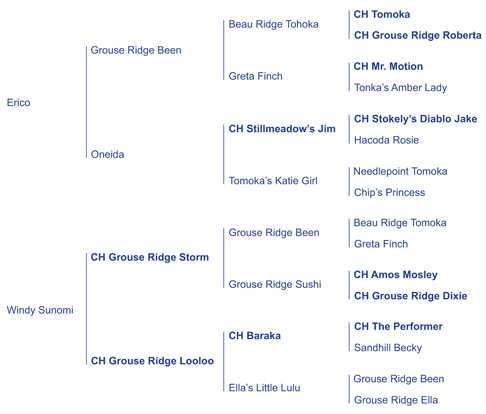 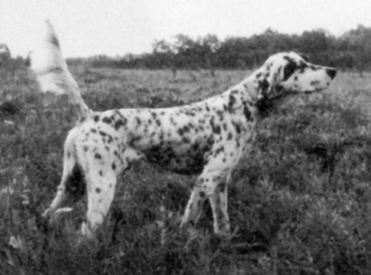 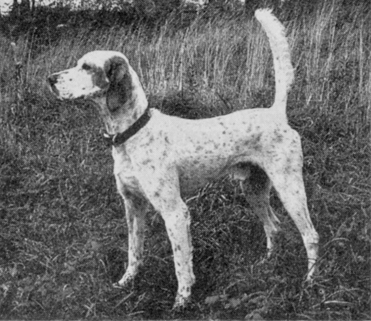 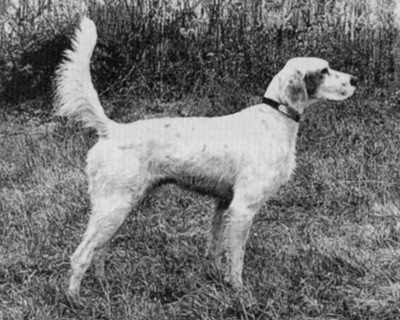 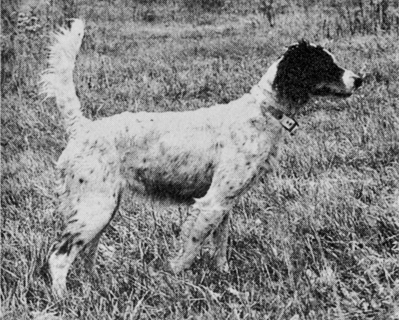 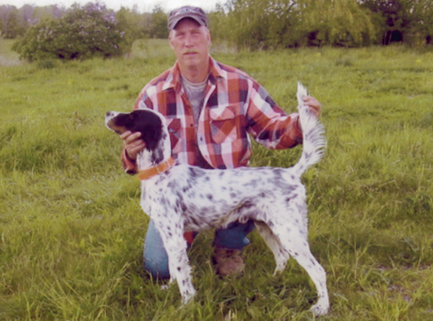 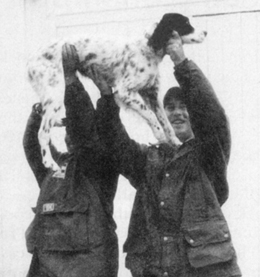 Scott, Marc and Billy at the 2002 Michigan Woodcock Championship. 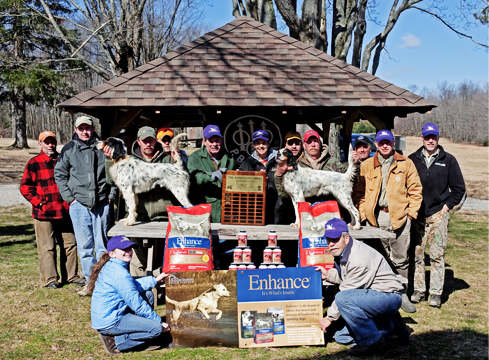