It is indisputable that no other registry in the world has referenced so many legendary bird dog performers and performances than the dogs registered in the Field Dog Stud Book (FDSB) while competing in the Stud Books’ sister organization, American Field events. The FDSB and American Field trial events are seamlessly bonded at the heart and have the same objective in performance: Searching, finding, and presenting upland birds to the handler. One entity exists because of the other and for the other, and both are committed to that objective.

Unlike any other Dog Registry, the Field Dog Stud Book (FDSB) is unique as a narrowly focused repository of bird dog performers. Many of them have successfully demonstrated inheritable genetics required for success in the only events the Stud Book documents, its own American Field trials. It exists as a relative historical resource for breeding class bird dogs. An accomplishment entry into the Stud Book requires a performance defined by that Stud Book and for that Stud Book. The performer, performance, event, and stud book entry provide the same, a bird dog resource for the next generation.

Standards of the American Field event create a contest of genetics, and the FDSB is the resource for those genetics. A bird dog’s performance in the field has only one purpose: To seek out and find upland birds and present them to the handler. For 147 years, nothing more, nothing less. The All-Age and Derby Standard is and always has been focused entirely on that task.  At the highest levels of performance, it can be breathtaking to witness the capacities of these dogs performing under the minimal guidance of talented handlers. Pound for pound, no other animal athlete is so much expected from and by the response so much returned. Our passion for continuing this pursuit is kept healthy by the reality that the greatest performance has yet to be achieved.

The Derby or All-Age performance Standard is all about inherited genetic qualities. Success is determined by the handler’s ability to develop and nurture those hereditary qualities and then display them in competition. In fact, there is only ONE requirement of training (imposing your will) on the dog in the performance of the All-Age Standard, and that is, “Don’t chase the bird.” That’s it!  That is how you prove in competition your dog is trainable. Everything else in the Standard requirements can be bred into the dog and developed and nurtured by talented handlers.  Even further elevating the importance of bird dog genetics, there is no requirement in the Standard for anything or anyone other than the dog’s performance.

No training device or method has ever outperformed the inherited class demonstrated at the highest level of a bird dog performance. One might argue that history reveals the more training a dog requires and the less nurturing a dog allows, the less likely a dog will perform at the highest level in an American Field event. Also, the less likely it is to pass high-performance ability on to the next generation because a trained dog does not produce a trained dog.

To nurture an animal’s ability to high-performance takes commitment, experience, time, space, and opportunity, and it is hard. It is hard because every animal is unique. For 147 years, doing something that is hard and requires commitment has paid extraordinary dividends with performances and performers today that surely exceed the expectations and imagination of the sport’s originators. As we navigate thru the single most significant change in our sport’s 147-year-old history, it behooves us to remind ourselves just how far we amateurs, professionals, owners, landowners, club officials, and all those before us have lifted the performance in this beautiful sport. It is a legacy now entrusted to our new partner and more than worthy of cherishing, protecting, and building together for the next generation. 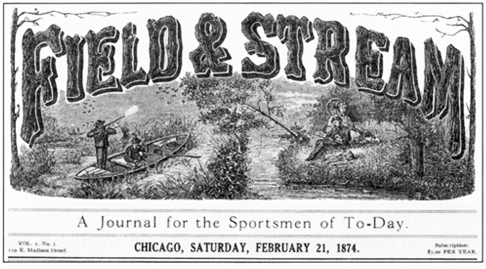