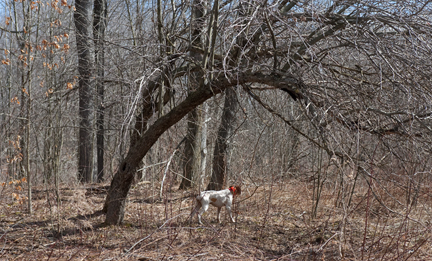 The Armstrong-Umbel Classic, hosted by the Black Ash Grouse Trial Club, has been successfully run for the past three years, as the only endurance stake offered on the grouse trial circuit. The braces are of two-hour duration.

There is a historical precedent for extended-period stakes in the grouse woods. The Grand National Grouse Championship and the Pennsylvania Grouse Championship ran for two-hours or more for many of their early years, challenging dogs’ endurance and stamina. Reports from those championships, over the ensuing years suggest that the gradual switch to one-hour duration braces was due, primarily, to the inconvenience of conducting longer stakes with an increasing number of entries.

Justifiably, endurance stakes continue to be the pinnacle of the All-Age circuit. Prior to 2009, the grouse trial circuit was missing the opportunity to test and evaluate grouse dogs for endurance and stamina—qualities essential to all class field trial/wild bird hunting dogs. Having hosted the Armstrong-Umbel as a two-hour Classic since then, Black Ash Grouse Trial Club members are convinced that the stake successfully fills that gap.

The Armstrong-Umbel Endurance Classic has been conducted to the highest of field trial standards, securing the services of judges from around the country with impeccable credentials and experience field trialing and hunting over wild bird dogs. The stake has earned the respect of professional and amateur handlers, owners, breeders and enthusiasts in the grouse woods and elsewhere in the field trial community.

In 1981, a small group of grouse dog enthusiasts petitioned the Pennsylvania Game Commission for permission to hold grouse trials in Crawford County in western Pennsylvania. An extensive cutting program in the Black Ash forest resulted in an explosion of the grouse population. Permission was granted and after two years of planning, laying out courses and clearing trails, the first Black Ash trials were held in the fall of 1983. They were well received and quickly became a focal point in the grouse trial season in Pennsylvania. In 1986, the spring all-age stake was designated a Classic.

For fifteen years the Black Ash forest was a popular destination on the grouse trial circuit. An eventual decline in the grouse population due to a gypsy moth invasion that resulted in the curtailing of the essential cutting program required the club to find new grounds. The Classic moved to the Marienville grounds, further east in the state, where it has been held through last spring.

Due to the rejuvenation of the cutting program in the Black Ash forest in recent years, the grouse population has recovered and permission has been granted by the state allowing the Black Ash Grouse Trial Club to move the Armstrong-Umbel back to its original grounds. For the past year, club members have cleared old courses, cut new ones and carefully evaluated the feasibility of running the two-hour stake in the Black Ash. Convinced that the grounds are more than suitable, holding a good number of grouse and a population of migratory woodcock, the decision was made. The 2012 Armstrong-Umbel Endurance Classic will once again be held on the historic Black Ash grounds! 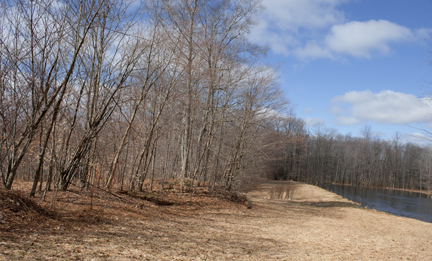 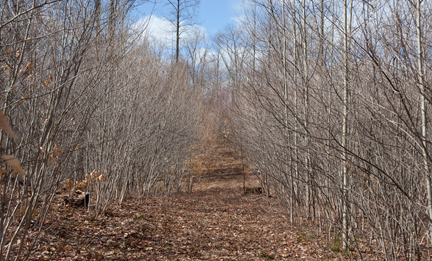 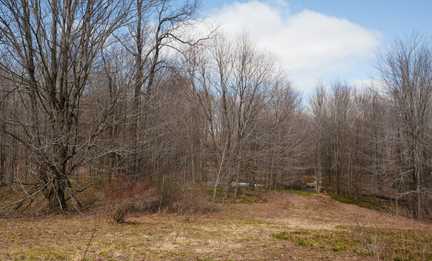 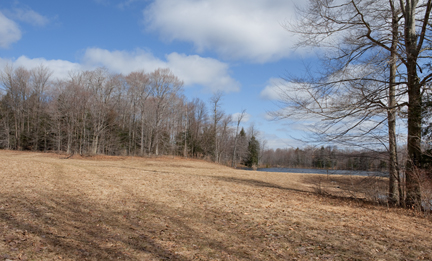 The Black Ash Grouse Trial Club thanks all the individuals and organizations who have so generously supported this event over the past four years joining club members in the firm belief that an endurance stake in the grouse woods is invaluable to the betterment of our bird dogs. Without their help, the stake would not be financially feasible.

The Club is pleased that Fred Rayl has agreed to make the long journey from Sylvester, Georgia to judge alongside grouse trialer/avid grouse hunter, Brian Ralph. The Armstrong-Umbel Endurance Classic will begin on Thursday, March 22 to conclusion. Drawing will be Tuesday evening at secretary, Russ Richardson’s home. All are welcome. Details in the ad below.

Thanks to Ted Eriksen for his recollection of the history of the Black Ash grounds.