The Art of Marguerite Kirmse

Most readers of the American Field are familiar with Marguerite Kirmse’s etchings though they may never have heard her name. In particular, her work has illustrated many issues of Christmas editions. She has been added to Art Galleries more of her extraordinary work, much of it published in the limited Derrydale edition “Dogs in the Field” (1935). The book features many additional images of pointers, setters, spaniels and retrievers. 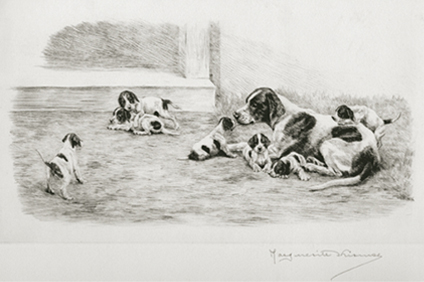 Marguerite Kirmse was born in Bournemouth, England, on 14 December 1885. She studied with Frank Calderon at the Calderon School of Animal Art while also studying the harp in London, England; she spent much of her free time sketching animals at the London Zoo. She arrived in the United States in 1910 intending to support herself as a harpist, but owing to difficulties involved in joining the musicians’ union she was unable to find work. She turned to art as a source of income and found a receptive market. She first tried etching in 1921, and met with such success that most of her work thereafter was in that medium, although she continued to work in oils, watercolors, and pastels. In the late 1920s she turned her hand to sculpture, modeling Dachshund, English pointer, Sealyham terriers, English setter and Scottish terrier breeds; the scotties, in four different poses, were cast in bronze by The Gorham Company of Providence, RI. 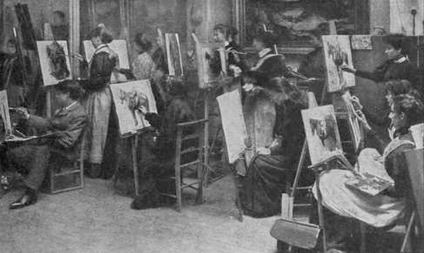 Kirmse, S. Edwin Megargee Jr. and Adele Browning owned Tobermory Kennels at Arcady Farm near Bridgewater, CT, where they bred dogs for the show ring. The kennel partnership dissolved when Kirmse married George Cole. Cole was a field trial judge and an upland game bird shooting enthusiast. He owned a plantation in Aiken, SC*, where he taught Kirmse to shoot. In Aiken Kirmse was introduced to the foxhounds of the Aiken Drag Hunt, which were depicted by a contemporary illustrator Edward King in his Derrydale Press lithograph The Aiken Drag. Kirmse subsequently executed three drypoint etchings of foxhunting subjects: Going to Cover, Full Cry and Full View. Quail shooting on her husband’s plantation inspired a series of etchings depicting many aspects of that field sport. At the suggestion of Harry T. Peters, the noted sportsman and sporting art connoisseur, Eugene Connett met and hired 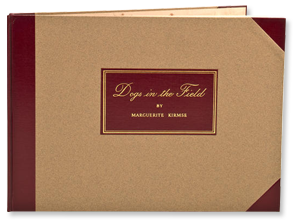 Kirmse to work for The Derrydale Press. Kirmse’s The Fox of 1931 and The Hound of 1933 were published individually as limited edition, signed and numbered, hand-colored drypoints. Her books, Marguerite Kirmse’s Dogs and Dogs in the Field, were also published by the Derrydale Press in 1930 and 1935, respectively, and she illustrated Capt. Paul A. Custis’s Sportsmen All in 1938 for the press. She illustrated several other books, including Rudyard Kipling’s Thy Servant a Dog, Eric Knight’s Lassie Come Home, and Alfred Ollivant’s Bob, Son of Battle.

Kirmse was a member of the Philadelphia (PA) Paint Club and the Springfield (MA) Art Association. Her work is represented in the collections of the Pebble Hill Plantation Museum in Thomasville, GA; the Museum of Hounds & Hunting at Morven Park in Leesburg, VA; and the American Kennel Club Museum of the Dog in St. Louis, MO. 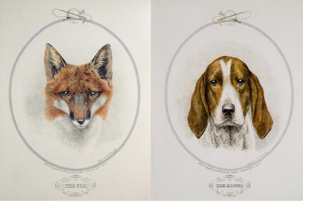 The Fox and The Hound

From Animal & Sporting Artists in America by F. Turner Reuter, Jr. and published by The National Sporting Library & Museum, Middleburg, Virginia, 2011. Many thanks to F. Turner Reuter for allowing Strideaway to reprint this biography.

*Additional research on Kirmse revealed this information from the William Secord Gallery’s website “Kirmse and her husband were also very active in field trials, both in the South and the North. Not only did she run her dogs, but she also shot over them, winning many trophies at field trials.”

Claudia Lea Phelps (1994 -1984) ran her Homerun Kennels from her Aiken, SC home (Rose Hill Estate). Though she was nine years younger than Marguerite Kirmse, it is hard to imagine the two women would not have known one another. Phelps, prior to her involvement with pointers and field trials, was one of the country’s most prominent breeders of West Highland White Terriers. Marguerite Kirmse’s favorite breed was the Scottish Terrier which she often depicted in her artwork. 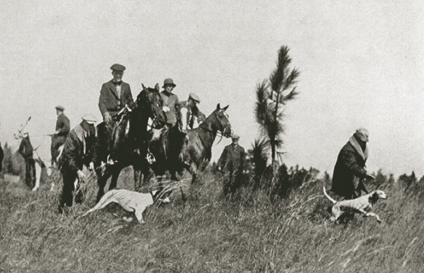 Claudia Phelps (center) handling one of her dogs.

Report from the March 31, 1934 edition of the American Field:

Open Derby Stake
This stake was not as hot in competition as the Puppy stake, there being only nine starters. The winner was Chicora Sensation, setter dog owned by Mr. and Mrs. G. W. Cole (Marguerite Kirmse) and handled by Mr. Cole of Bridgewater, Conn. Sensation is a finished dog in every way and ran a nice stylish race. His ground work was excellent, showing good speed, range and independence, as well as hunting the birdy spots. He showed good style and location on his two finds, being steady to wing and shot.

In A.F. Hochwalt’s report of the Orange County (New York) Trials from the April 28th edition of the same year, he writes:

“One of the interesting features in connection with the prizes of the Amateur Stakes was a new departure. Plate and silver have become trite. To this end three exquisite and artists etchings depicting dogs in the field, done by Mrs. George W. Cole (Marguerite Kirmse) and donated by her, constituted the prize offerings for first, second and third. Needless to say that these art productions from the stylus of an internationally famous etcher will be cherished among the most valued possessions of those fortunate enough to win them.” 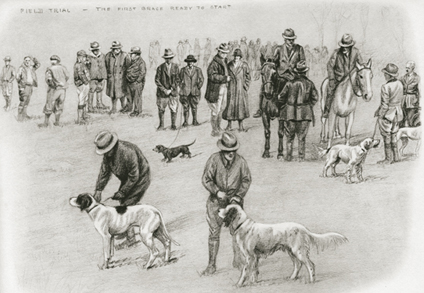 Please visit Galleries for more of her work