The Good Ole Days ~ The Rebuttal

If you have read the previous article (scroll down for November 18th posting “Of Great Grouse Dogs, There Shall Be No End”) from the August 29, 1959 American Field you will thusly find the following of interest. Appearing in the September 19, 1959 issue of the American Field was an open letter response to Herb Cahoon’s August article lamenting the withholding of the 1958 PA Grouse Championship. It leaves much to think about in the judging of field trials in general, and the high regard that was and should be bestowed upon the act of naming a champion and what it meant to the sport and the dogs. The open letter was written by one of the judges of the 1958 renewal, someone most of us know by name. 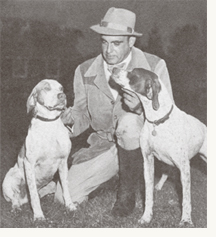 Photo and excerpt courtesy of the American Field