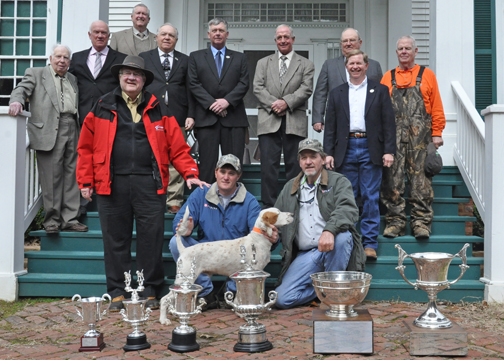 At the Ames Plantation in February 2013, Shadow Oak Bo was named winner of the National Championship.  What makes that remarkable is that Bo is an English setter, the first setter to win in 43 years. Even more astonishing, he was a repeat champion at this year’s National, an accomplishment not equaled by a setter since 1901/1902.

Bo is the buzz of the setter world — and really the entire field trial world — and therefore much discussed. His pedigree has been analyzed; his ancestors scrutinized. Theories abound as to the source of his talents. Due to his heterogeneous pedigree (constant out-crossing) Bo was described in a Pointing Dog Journal article as “catching lightning in a bottle.” Others have probably calculated his COI (Coefficient Of Inbreeding) and are madly searching pedigrees to see which females will match Bo’s.

I think the production of a dog such as Bo, like most bird dogs that outperform their peers, is simpler to describe yet far more work to actually accomplish. Certainly Bo’s success boils down to giving the right dog the right opportunities; but long before that, before Bo was born, there were years of effort and lots of miles behind bird dogs.

People were involved who really knew bird dogs, i.e., people who actually worked them, studied them and determined their true worth in the field and on wild birds. In my opinion, not much time was spent counting championships, looking at pedigrees, calculating COIs or thinking about line-breeding vs. out-crossing. Instead, they worked their dogs and bred one worthy, proven dog to another for generation after generation until “lightning in a bottle” appeared.

No matter the breeding methodology followed, success or failure depends exclusively on the selection of individual dogs. Period. 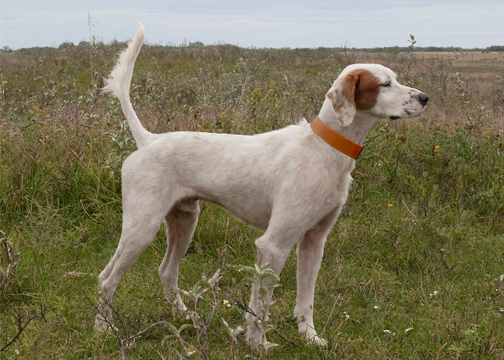 More thoughts on breeding by Jerry Kolter: The Importance of Females in a Breeding Program