I have always been most involved with the Major Circuit All-Age category of the bird dog sport. My thrill is the “aspirin tablet” on the horizon or the “dinger” after an eighteen-minute absence. That is not to imply that I am not just as crazy about horseback shooting dogs or even walking dogs. I just have been lucky enough to have a place to shoot birds over them and win my own field trial every weekend with them. Shooting dogs that have spent time in the Chickasaw hunting string have won the National Shooting Dog Championship, The Southeastern Shooting Dog Championship, and Runner Ups at the Masters and Gulf Coast Championships. Many others of the same caliber have never competed but are held in just as high esteem because of the many hours of pleasure they provided. For a variety of reasons, I think the Shooting Dog game and AFTCA have a brighter future than the Open All-Age one which is what this article is about.

Even as many trainers start to get a little “long in the tooth,” others like Luke Eisenhart, Mark McLean, Jamie Daniels, Ike Todd, Slade Sikes, and Judd Carlton have emerged. Grounds at the Florida, Continental, Southeastern, Masters, All America and many others seem relatively secure. The National seems on the way back. The Invitational is short and so unique, any place would love to host it. The Southern is now excellent. The point is, despite setbacks in Conway and Kennebec, lack of field trial grounds does not seem the rate limiting step in the chemical reaction. Finding qualified judges gets harder and harder as they age and are not replaced by younger ones. One must beg early and often to land a judge that can separate 70-80 dogs, many of which have multiple finds. I think the biggest threat the All-Age game faces is the lack of relatively young owners. I use the word “relative” because you need some years to make enough money to play the game.

Getting interested in field trials at an upper level is a process of evolution. In times past, the process usually started with hunting wild birds with an older individual who usually furnished the dogs, had places to hunt, and stories to tell. The seed, once planted, could be nurtured by field trial lore. Such a beginning (bird hunting), except for a lucky few, is a thing of the past. Lack of hunting opportunity has the effect of making field trials themselves an entry point into the sport which can create an artificial database. Nowadays, if you are an outdoor type, it is much easier to play golf, fish, or hunt deer and turkeys. Even if dogs are your passion, labs require much less equipment and land. Getting people interested in bird dogs in the first place is a big enough hurdle. Getting them to transition to field trials and then to Major Circuit All-Age dogs is an even bigger hurdle.

Assuming interest is aroused, next come social and economic factors. Let us first examine the social aspect. There is no question that weekend trials and amateur trials are more fun and family friendly than most major All-Age championships. The Albany Area Handlers Trial which lasts one day with a picnic lunch can be more enjoyable than a professional championship where there are horses and dogs to be fed at night and the participants are scattered. These week-long events can be lonely affairs if you are not one of the “in” people. We need to make a special effort to identify and include new people who too often are ignored in our haste, much to the detriment of the sport.

In my day, one had a chance to hide the figures I am about to reveal, but current marriage practices make such devious behavior less likely. The usual All-Age dog probably competes six years (2-8).  It may cost $5,000 per year in training fees. Assuming the dog runs in ten championship stakes per year (2-3 up North and 7-8 others), entry fees will run another $3500 – 4,000 plus $500 for handler’s fees. That is at least $10,000 per year per dog and does not even include personal trucks, horse trailers, and horses. If the dog is Hall of Fame caliber and wins ten titles over his career, he will win 16.7% of the time. If he is good and wins one championship, he will have a winning percentage of 1.67%. If winning championships is your only goal, you will spend a minimum of $60,000 over six years and be disappointed 83.33 – 98.33 percent of the time. There rarely is anyway an owner can recoup any of this money. His only potential reward is subjective. He must receive enough pleasure to justify the expense or have enough discretionary income to blunt the pain.

The point is that exhilaration is rare and every aspect that adds to an owner’s enjoyment is crucial from a good report in the Field to a call from the trainer after a workout. Our sport is competing for the entertainment dollar and little things matter. Likewise, anything that distracts from that entertainment such as displays of poor sportsmanship is magnified. It is impossible to decrease the costs except by split ownership or syndication. The emphasis must be on increasing the enjoyment any way we can.

Every participant in every sport wants to win the National Championship. Sadly, we all know people who could contribute to our sport who have gone to Grand Junction with high expectations and then decided to quit the game after riding several hours and seeing few or no birds. It is critical that the National Championship be restored to its former glory and once again serve as a positive influence on our sport. The ultimate goal in any sport must be a worthy one. It appears from the 2015 running that progress is being made in that regard.

In summary, I think most of the grounds will hold up and there will probably be enough trainers. Judges will be a continuing problem, but the biggest threat is the lack of younger owners to replace the aging ones. This probably is due to a lack of the historic entry point, increasing competition from other entertainment options and the cost of our sport, especially within the framework of the economy. Older owners who support multiple entries like Butch Houston, Ted Baker and yours truly will need replacing. There are some younger owners like Eddie Sholar, Davey Deal, Fred Corder, Will Dunn and Claudia McNamee, but they will need help. Otherwise, Open All-Age field trials will be like Lee retreating toward Appomattox. The final result will be obvious with only the time frame in doubt.

The above was written in 2015. Since then, a lot has happened in our sport. On the positive side, the younger handlers listed above have become top tier, the National Championship has had good years and field trial grounds have remained relatively stable. The AFTCA with its 501 C3 status granting an In-kind Tax-deductible Contribution to landowners was a good step. Another positive development is the emergence of youth field trials. Finding good judges continues to be a problem.

Unfortunately, at least in the All-Age category, there are a lot of negative developments to report. The only new owners that I have seen lately are Carl Owen who has a promising young setter with Mark McLean and Alex Rickert, a talented amateur in Montana whose dog won the 2020 Continental Championship, also with Mark McLean. Entries are down across the board. I have not researched all the major trials, but entries in the Southeastern Quail Championship have dropped steadily from a high of one hundred in 2016 to a recent low of forty-six. Some of the decline has to do with attrition, but handlers that used to have eight dogs now seem to have five, or three. Luckily, the trial has no expense for grounds and does not release birds. Even with that advantage and a volunteer in house reporter, the trial does little more than break even with a low entry. I pity clubs with more expenses and fewer entries.

The Covid 19 virus and the response to it has put more than one nail in the All-Age coffin. When everyone had time to read the American Field, it was shut down. When we had two “shoo-in Hall of Fame” candidates, namely, Robin Gates and Shadow Oak Bo, the nominations and elections were cancelled. An opportunity for the field trial community to socially interact, albeit remotely, was squandered. All the prairie championships have been cancelled. The absence of these qualifying stakes will affect the National and the Invitational Championships. Collateral damage from the Shooting Dog squabbles cannot be predicted and adds another dark cloud to the overall scene.

It is always “darkest before dawn” as the trite saying goes. We still ride good horses and watch great dogs compete over beautiful properties in a non-lethal pursue of game birds. Except maybe at meals, CDC guidelines should be easy to enforce at trials without much distraction. The breakdown of law and order in major metropolitan areas is predicted to send a migration back to rural areas. Hopefully, the new arrivals will get hooked on the many benefits of field trials and not bring the politics that destroyed their prior location with them. 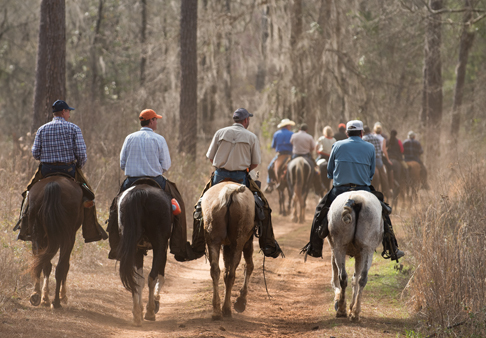 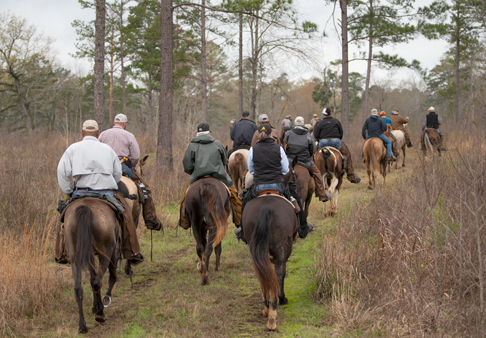 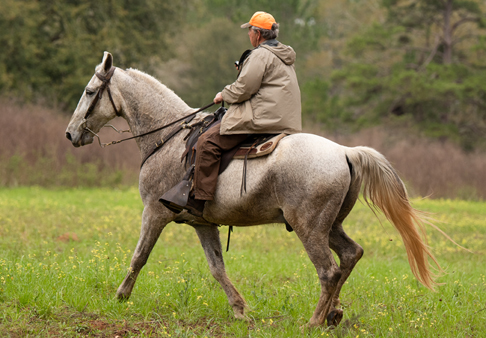