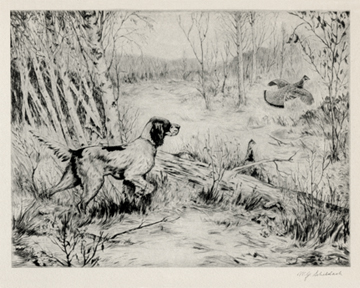 Born in Elkhart, Indiana, William Schaldach’s interest in sporting art and depicting nature was cultivated from a childhood love of the outdoors. As a teenager he soon became passionate about upland bird hunting and fishing. The Schaldach family moved to Grand Rapids, Michigan around 1908, where William began drawing in high school. Also a budding writer, he published an article about his illustrations at the age of nineteen.

After high school, Schaldach served in the United States Navy though his love of art and the outdoors remained strong. In 1919, having finished his military service obligations, he enrolled at the Art Students League in New York City. Schaldach studied under Harry Wickey, John Sloan, and George Bridgman, learning various print-making and drafting techniques. He created his first prints around 1927, though he also continued to produce works in watercolor. Soon after, Schaldach went to work as an illustrator for Forest and Stream magazine, which would eventually become Field and Stream. He remained employed there until the late 1930s. Schaldach also had a successful career as writer during his ten years in New York. Over his lifetime he publish several books including Upland Gunning: Collected Etchings and Watercolors of Sport in the Field and Allied Subjects. These etchings are from this collection.

Around 1937, while he, his wife and two sons lived in Connecticut, Schaldach was invited by artist friend, Ray Strang to spend the winter on Ray’s ranch near Tucson, Arizona. Schaldach fell in love with the colorful desert atmosphere, and after serving in World War II and rejoining the staff at Field and Stream for a time in the post-War years; he and his family moved to Tubac, Arizona in 1956.

Schaldach lived and worked in Tubac for the rest of his life until his death in 1982, painting in watercolor and creating prints in drypoint, etching, aquatint, and soft ground etching. Schaldach was a well known artist of his time, holding membership in significant art organizations such as the New York-based Society of American Etchers and the Independent Society of Printmakers, and exhibited at the Metropolitan Museum of Art and the Pennsylvania Academy of Fine Arts, among others. 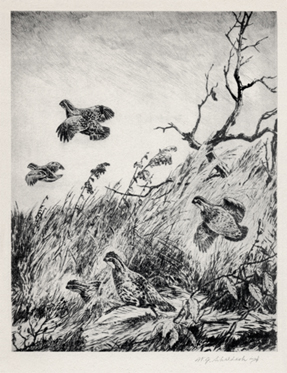 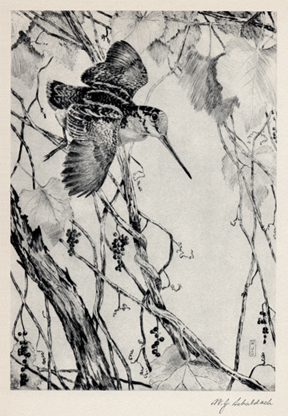 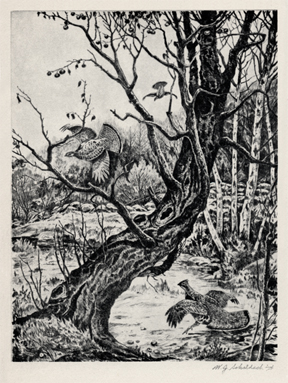 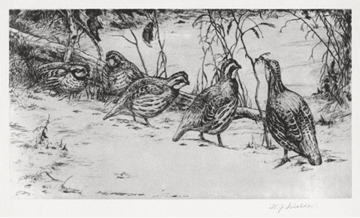 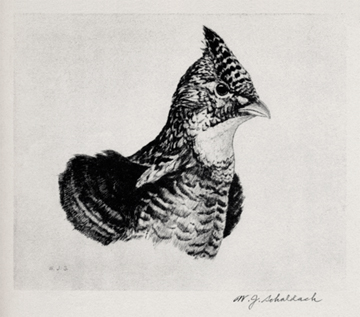 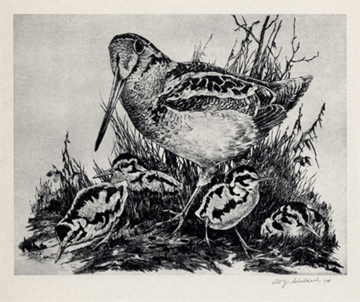