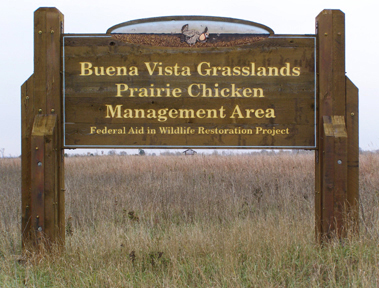 In the 1900’s the U.S. Government, with the usual poor understanding of local conditions created what was known as “The Resettlement Act.” The utopian idea was to settle people from urban areas onto farm land. Central Wisconsin became part of that project. It proved to be a complete failure. Most of the land was unsuitable for agriculture. At that time, Buena Vista was a vast marsh. The government decided drainage would solve that problem. Steam shovels dug ditches on about a one mile grid. The land was drained and farmers settled on it.

The land is sandy, light and low lying. Remember, this is Wisconsin. Frost could occur any month of the year. About the only thing that could be successfully harvested was timothy hay. When, due to the advent of alfalfa hay, the market for timothy seed collapsed and with it the local economy.

The farmers were forced from their land. The area supported a small population of greater prairie chicken. At the same time wildlife biologists Osval Mattson and Fred and Fran Hammerstrom recognized the possibility lf saving the prairie chicken in Wisconsin from oblivion. They were able to encourage a Milwaukee industrialist by the name of Willis “Bill” Sullivan to raise money to buy land. The Society of Tympanucus Pinnatus, otherwise known as the Prairie Chicken Society was formed. Mr. Sullivan twisted arms and began raising money. He soon had a well oiled fund raising team organized.

At first it was thought that forty acre parcels scattered throughout the area would be sufficient. This proved not to be the case. It was recognized that larger tracts of land would be required. The society began to acquire land aggressively; now there is more than 10,000 acres under management.

The Wisconsin Department of Natural Resources has taken over management of the area, managing it primarily for prairie chicken, the birds are not hunted.

The birds have responded. There is a stable flock of birds. The DNR has introduced live trapped birds from other states to prevent the local birds from being inbred. Like all wildlife populations, the numbers go up and down but there have always been enough birds for a suitable field trial in more than forty years. 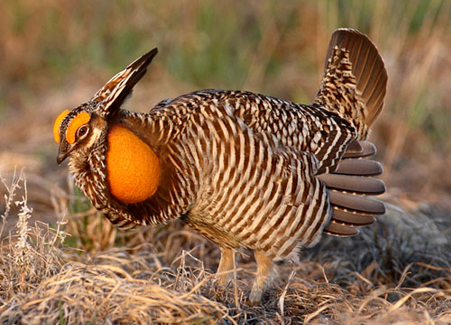 Prairie chicken have an interesting mating ritual that takes place on what is called “booming grounds,” places of the right vegetation and elevation. Here the males utter a strange ocarina sounding hoot that sounds like a boom. They inflate their orange cheek sacks, erect their pinnae and pound the ground with their feet. They will do this while facing a would be competitor. Meanwhile, hens laze about the perimeter in feigned disinterest.

Blinds can be reserved. When your turn comes, you will meet a representative of the DNR at an appointed place. It will be dark when he leads you to the blind. At first light, you will hear the strange ocarina sound of the male as he comes flying in on whistling pinions. There us a sally port to observe the birds. This should be done In complete silence. A good long lens camera and a thermos of coffee are recommended for full benefit of the exciting experience.

The field trials here are strictly wild bird trials. The DNR specifically forbids liberation of any kind of bird. The area is vast enough to permit continuous courses, meaning that no dog runs over the same ground the same day.

The terrain is low lying and flat. There are some variations where there is what we call “ridges” elevations of four feet or so. The wise dog cruises the down wind side of these ridges to detect birds that may be sunning themselves or dust bathing. The most pronounced elevations are the spoil banks of the ditches. These are about ten feet high and weedy. A dog wishing to keep track of his handler can pop up on one of these banks, check on his handler and orient himself, at the same time get a cooling drink. This is important because the field trial is held about mid-September and the area can become warm. There are also shallow depressions, only three four feet lower than the surrounding terrain; they may vary from about one hundred feet in diameter to twice that size. Some may have emergent willow growth that the management team has not been able to eradicate at the moment. All of them have weedy cover common to low lying ground. There are times chicken are known to night roost in those areas.

Prairie chicken sometimes have day roosts on slight elevations. These birds are difficult for a dog to scent. They behave strangely, flying only a short distance as though dazed, alighting they seem to overcome it in a moment and take flight immediately when approached.

Cover is prairie grass, including blue stem. There are patches of golden rod that can swallow up a dog.

The area is a great place to show a good shooting dog. There are places a good running dog can stretch out to a half a mile or more. At the same time there is cover that demands he handle. The birds require a dog with that sterling quality known as “bird sense”; the ability to know how closely the bird can be approached without putting it to flight. It is what sets the “wild bird” dog apart from others.

Here is what Sherry Ray Ebert had to say about the area:

“I really liked the grounds. I think they were a great challenge for a dog and showed if a dog had good wild bird work. You could not go there with a dog that had not been trained on wild birds, that is for sure. The dogs had to really work hard to find the birds and use their nose as well as their brain all the time. It took a strong dog that could navigate the grounds and cover the big country. The hour could take it out of a dog that was not in good condition.”

With the exception of the cover dog trials, there are few wild bird trials left in the country. Buena Vista is one of them. It is an excellent place to test a truly great bird dog. There is opportunity for amateur and professional alike. It is a shame that more people do not avail themselves of the opportunity.

Photos below are from the Amateur & Open Prairie Chicken Championships held at Buena Vista. 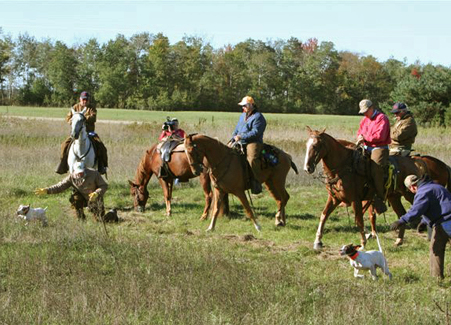 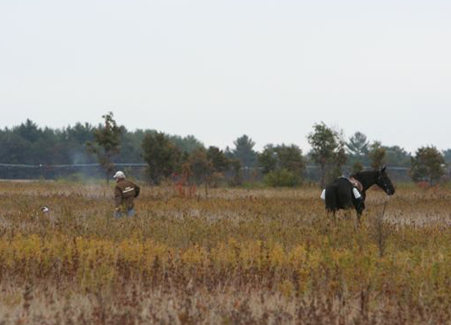 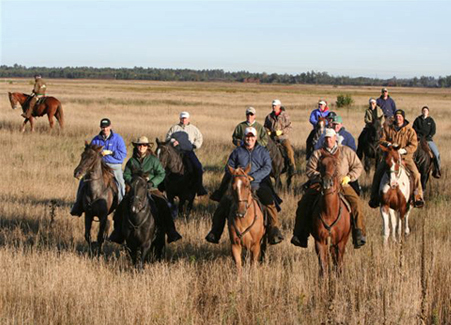 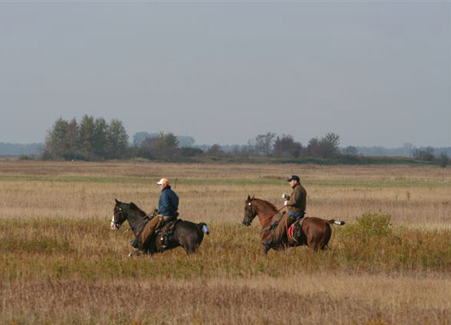 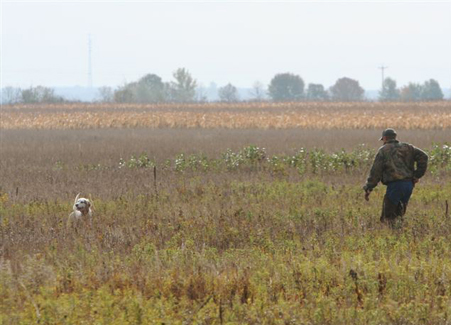 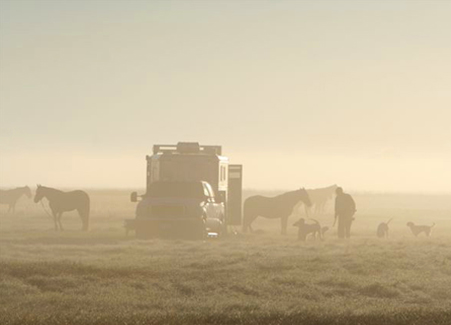 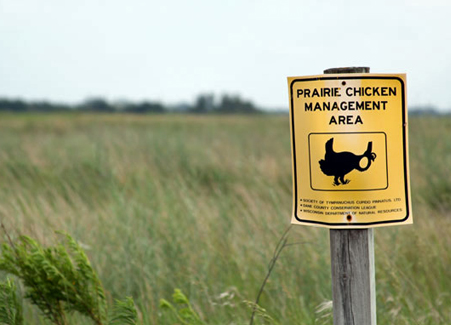 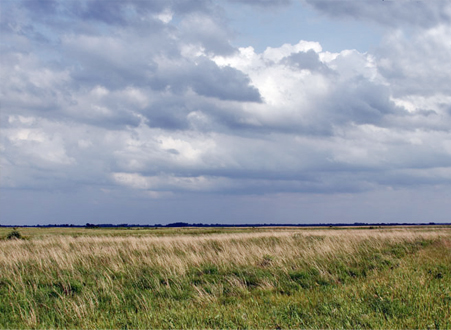 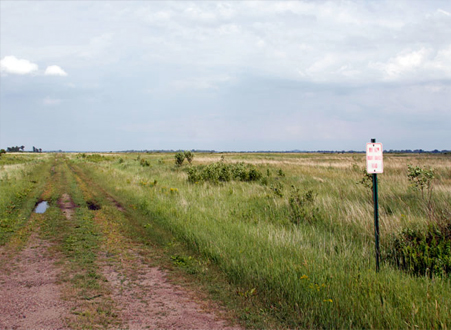 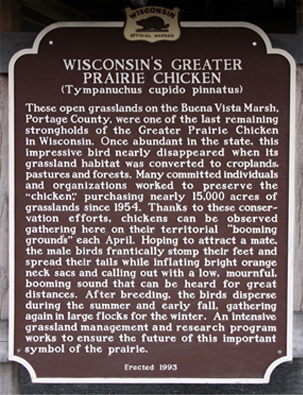 Several wonderful videos of Greater Prairie Chickens can be found at ARKive Images of Life on Earth:

Thanks to Dr. Allen Dunbar for the Buena Vista field trial photos and special thanks to Sharon Potter who resides adjacent to the grounds and who kindly took several photos to accompany this story.