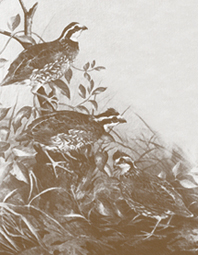 “Ben, I have a problem and I need your advice.”

“Didn’t say, but he sounds worried and perplexed.”

Wallace Simpson owned Hominy Hill Plantation below Thomasville. It was a jewel among the Red Hills quail plantations and had been in Wallace’s family since 1890 when Wallace’s great grandfather bought it for winter recreation and escape from the ice and snow of Boston where he invested in railroads and led stock market manipulations in their shares.

Wallace was recently retired from an investment bank that had succeeded to the enterprises founded by the great grandfather. Hominy Hill included one of Ben’s and Sam’s favorite fishing ponds and so Ben was careful to give Wallace prompt and thoughtful service on his local legal problems. Wallace looked to his Boston law firm for his major needs, most often  about tax minimization.

Wallace arrived clad in clothes suggesting he planned to shoot doves in the afternoon, which Wallace confirmed by asking Ben to join him. “Bring your pal Sam Nixon too,” Wallace said.

“I’ll see if he can make it.” Ben knew Sam would cancel his appointments if he could. The curmudgeons enjoyed nothing more than an early fall dove shoot.

Then Wallace got down to business.

“Ben, I’ve got a cat problem, and I do not know where it is coming from.”

“Yes, someone is releasing feral cats on Hominy Hill.  Dozens — no hundreds — of them.”

“Yes, I am absolutely sure,” Wallace said with irritation.

“When did this start?”

“This spring, right after we finished the spring burn. At first we saw two or three a week. Now we see a dozen on an hour ride on a four-wheeler.”

“You have any disgruntled fired employees lately?”

“Have not fired anyone from Hominy Hill in years.”

“Any recent problems with neighbors or their employees?”

“Not that I know of. I’ll ask Roger.” Roger was Wallace’s plantation manager and chief hunt guide.

“Have you talked with the sheriff about the cat invasion?” Ben asked.

“Yes, he’s alerted his deputies and the game wardens but none of them has a clue.”

After Wallace departed Ben explained the problem to Joanne.

“Sounds like an inside job to me. Any discord in the Simpson clan that you know of?”

“No, but I’ll make inquiries this afternoon.”

Ben knew Joanne would be making inquiries among her sources.

On their drive to Hominy Hill for the dove shoot, Ben explained the cat problem to Sam.

“Those cats will have been playing havoc with the nesting quail,” Sam said.

On their drive up the live oak lined entrance lane of the plantation, Ben and Sam spotted five feral cats before they reached the mule barn where shooters were gathering.

The dove shoot proved splendid. Doves whirled in to the sunflower field surrounded by twenty-odd guns. Several guns had brought their personal retrievers, Labs, Goldens, and English Cockers. Roger, assigned to be bird boy for Sam and Ben, had his Jack Russell.

The retrievers were distracted all afternoon when they went into cover after downed birds. There they encountered feral cats lurking. Barking would erupt, followed by chases that ended when the cat found a tree to shinny. Only Roger’s Jack Russell’s chases ended in capture.

By four all guns had their limits. The shooting party walked back to the mule barn where Wallace had wash tubs of cold beer waiting. A joyous after-shoot mood infected the group of friends and new acquaintances as all enjoyed the moment. Then the guns began to drift off for home, their birds already de-breasted and iced in plastic bags by plantation staff.

Ben and Sam put their doves in the cooler they had brought for the purpose and after thanking Wallace and his manager for the good time lit out in Ben’s pickup for Albany.

“Wallace has got a hell of a problem” Sam said.

“He sure does,” Ben said.”Who in the hell could be so diabolical as to dump feral cats on a quail plantation?”

Then Ben had an epiphany. He called Roger on his cell phone to give him the idea.

“Got to be a woman behind it. Only women are cat crazy,” Sam said as Ben’s pickup reached his home.

“Joanne says it’s an inside job. She’s on the case.”

“Her kind of case to solve,” Sam said.

Next morning Ben gave Joanne a list of employees and family living or regularly visiting  at Hominy Hill, as she had requested. As Ben went into his inner office for coffee and the morning papers she went to Google.

In an hour Ben emerged and asked Joanne, still intent on her computer screen, “Any hits?”

“None yet but I’ve just gotten started,” Joanne said.

“You are not going to believe the problem we have now. The feral cats have driven all the field mice into the Big House and the help’s cottages.”

“I am not. It’s unreal. Mice everywhere inside, cats everywhere outside. When quail season gets here we will not have a covey left. What in the hell am I going to do, Ben?”

“I’ll be back to you shortly,” Ben said.

Joanne had heard the conversation.

“Let me show you what I have found,” she said, walking into the library-conference room with a thick file of papers. She had Googled all the Hominy Hill employees and their spouses and children and all of Wallace Simpson’s and his wife’s kin.

“What have you come up with, Miss PIC?” PIC was Ben’s nickname for Joanne, short for Person in Charge.

“Nothing much on employees, couple of shoplifting wives, a DUI or two. But the thing that intrigues me is Mrs. Simpson’s mother.”

With that Joanne handed Ben a Wikopedia profile on Alice Lee McWirter, of Saint Paul Minnesota, a Midwest social Diva. It described the subject’s many leadership roles on Twin Cities social and civic affairs, including presidency of the local SPCA. Near the end came this: “ Ms. McWirter winters in Palm Beach, Florida, where she leads the Humane Society’s cat rescue program.”

“Bingo,” said Ben. “The only way to explain so many cats congregated in one place the size of Hominy Hill is from dumps from an urban cat rescue program.”

Next Joanne handed Ben a folder containing articles she’d gleaned from digital editions of South Florida publications. They were on the endemic feral cat problem in Palm Beach. Alice Lee McWirter was quoted in several, and described as a tireless worker in cat rescue efforts.

“Tell me about your mother-in-law,” Ben asked Wallace Simpson when he reached Wallace on his cell phone. Wallace and his plantation manager Roger were on a John Deere Gator making a cat census at Hominy Hill.

A pause followed, as Wallace walked away from the Gator out of earshot of his manager. Then Wallace responded,

“I am afraid  I am not one of her favorites. She does not approve of hunting. She’s an animal rights advocate.”

“Ever occur to you she might be behind your cat problem?”

Ben could hear the wheels turning in Wallace Simpson’s brain.

“That old bat,” Wallace muttered.”I’ll get back to you, Ben.”

A week later, Joanne brought Ben an on-line article from the Miami Herald. It told of an anonymous matching gift promised by a wealthy donor to finance improvements to the Palm Beach Cat Rescue Program, described as tops in the nation. The donor would match funds raised from the public by Thanksgiving, two for one.

“Absolutely. Confirmed by my hair dresser. He fixes Mizz Alice Lee on Thursdays. She resides at Hominy Hill from early fall until the social season opens in Palm Beach in January.”

Ben called Wallace who was again out on a Gator with Roger. In the background Ben heard furious barking. The sound was unmistakable. Jack Russell Terriers in hot pursuit. Ben could picture scurrying cats. Ben smiled. His idea for countering the cat invasion was at work.

“Does Mizz Alice Lee know about your canine insurgency to the feline invasion,” Ben asked, unable to resist the attempt at humor. Wallace did not find it funny.

“She’d kill me if she knew,” Wallace said.

“You know she has pledged to match two for one what the Palm Beach cat fanciers raise for their feral cat rescue program?” Ben said.

“Where did you hear that?”

Wallace had been counting on Mizz Alice Lee’s generosity for second semester tuition for his and Mary’s three children, due the first of November.

At Ben’s suggestion Roger had initiated weekly cat hunts by the plantation staff fraternity with their Jack Russells. They were proving very popular and successful.

“Wallace Simpson better hope Mizz Alice Lee doesn’t hear about it. He’ll find his wife’s inheritance diverted to the Cat Cause, and maybe a hit man hired for him.”

Ben checked in with Wallace once a week. Wallace reported steady progress in reducing the cat population on Hominy Hill despite evidence that cats were still being shipped in regularly.

“Do you know what has caused the surge in feral cats around Palm Beach?” Joanne asked Ben one morning as she brought him his newspapers and coffee.

“Bernie Madoff. His victims are secretly releasing their cats near the feeding places, no longer able to afford them.”

“Where did you hear that?”

“Cat blogs, Internet. Confirmed by my hairdresser who has pals who are cat fanciers down there.” Ben marveled at Joanne’s intelligence gathering.

Ben and Sam were invited to Hominy Hill for a quail hunt opening week. They saw only a half dozen cats on the hunting course in the morning. Riding in to the Big House for lunch with Wallace in the mule drawn hunting wagon, Ben asked,”Will we be seeing Mizz Alice Lee at lunch?”

“Absolutely not. She disapproves of all hunters, will not eat or drink with them. On hunt days Mary takes her into Thomasville for lunch and shopping.”

The next week Ben got a call from Wallace.

“You are not going to believe this. Mizz Alice Lee died this morning, heart attack. She had asked her chauffeur to take her on a tour of Hominy Hill so she could see first hand how her feral darlings were making it. She came on Roger and a bunch of his pals on a Jack Russell cat hunt. The strain of seeing her beloved cats pursued by the terriers was more than her heart could take.”

“How much of Mary’s and your children’s inheritance was she able to divert to the cat cause?” Ben asked.

“None. Mary’s father hated cats as much as we do. The trust he set up for Mizz Alice Lee just gave her the income for life. The after-estate-tax principal now goes to Mary and the kids. Of course all the income Mizz Alice Lee didn’t spend on herself and her grandchildren went for cat rescue.”

When Ben relayed the news to Sam he said,

“The irony is, Mizz Alice Lee could not see that house cats are the deadliest hunters on the planet. As much as she professed to hate hunting by humans she saw nothing wrong with sending feral city house cats into plantation country, the last refuge of wild quail in this country.”

“Where does Mary stand on the cat issue?” Ben had asked Wallace Simpson.

“No problem. Mary took her father’s side on the cat issue.”

“When and where is the funeral,” Ben asked.

“That’s a bit far for Sam and me. Do you think Mary will mind if we don’t make it?”

“Of course not, do not think of going to Palm Beach. I would not be going if I did not have to for Mary and the children.”

“When it comes to cats, folks are of two minds. Some love ‘em, some hate ‘em. There is no middle ground,” Sam Nixon had said as he and Ben breakfasted at Millie’s. 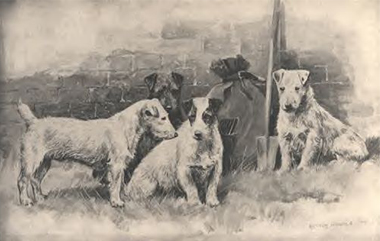