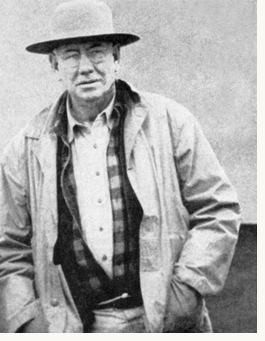 Experiencing Chesley H. Harris for the first time in the Spring of 1949 at a one course field trial was something no one could ever forget. I never have.

And, standing nearly six-seven, with a handshake of enveloping callous, Ches was a Life Force, larger and more impressive than my father-in-law, who was just six-three.

He was legendary in more ways that his physical stature. He was successor to Jim Avent at Grand Junction, running there in 1915 when he was just 23 years old, and then winning the Free-For-All three years later with Carl Duffield’s immortal tricolor longhair, Candy Kid.

He had dominated the National thereafter in the 20s and early 30s with Becky Broom Hill, McTyre, Mary Blue and Norias Annie.

And here he was at li’l ole Snapfinger Creek, south of Atlanta and Decatur. I was star-struck, just 24 and entranced by dogs that pointed with class more than I had ever seen by killing birds they found.

Mystical moments when plunging pointers became sculptures frozen in midstride swarmed my dreams as no falling flight ever had. I was addicted. And this huge Mississippi-born manipulator of bird dog psyches was to make strong medicine in my heart.

The thing I first learned about him was how much he was respected by every one of his peers. Not just George Crangle and John S. Gates, who seemed to be very close to him, but all the trainers and handlers.

Ches’ trademark was that he never danced in glowing victory or crowed in boast. He was almost shy about winning. And he never whined, moaned or carped no matter how shockingly unfair the defeat. Never.

Miss LeElla, his loving and beloved wife told Bill Brown she had never heard him, even in his DREAMS, complain about a field trial judicial decision, although he dreamed and half-dreamed with much excitement about baseball and football — even little league contests.

Ches was, however VERY settled in his ways, as we are wont to say in the South.

He was unabashedly certain of his beliefs and could hold forth on them. He was very kind and free in sharing his opinions on training techniques, but would just go silent if he thought you were unserious.

I always thought Ches had a special place inside himself where he could go and look out at everybody else.

He was the greatest honest poker player in human history, to my mind.

And, Honesty was his sacred Ground and his Gonfalon.

When he took dogs to the prairie, in a special train car, for Walter Teagle, he took, in addition to Miss LeElla and her brother, Prather Robinson, several kennel aides who helped build a camp near Pierson, Manitoba.

V. E. Humphries, in the summer of 1964, took me to the old camp house and we searched for the graves of McTyre and Becky Broom Hill. The marble markers were gone, but a building still stood. 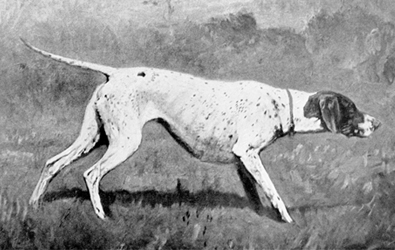 It was constructed entirely of the cross-arms of huge electric transmission towers that Ches “dickered” someone out of, VERY inexpensively.

Humphries and Leon Covington averred that Ches got them for moving them out of the way when the power people went to metal crossbars.

Chesley H. Harris was, definitely “close” about his nickels.

Some made much of what they characterized as his “closeness” with his pennies and nickels. But his secret generosities became legend.

When I stopped reporting, I still had a special Canadian hinged saddle made for Ches’ huge firm frame.

He was larger than Life and more generous than any imagination when it came to children, “greenhorns” and nescient beginners like me.

Ches told one time about Mr. Cuthbert Buckle telling him to “take that splendid tireless dog” (McTyre) home and teach him his name…”

As a result, between the end of that National Championship and his next visit to Grand Junction …”We killed more than 1,700 birds  for Mac…Took maybe a tiny edge off him, and we won the National, but, lissen heere, now!!, McTyre was THE MOST dog….” 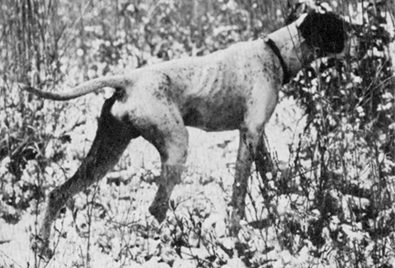 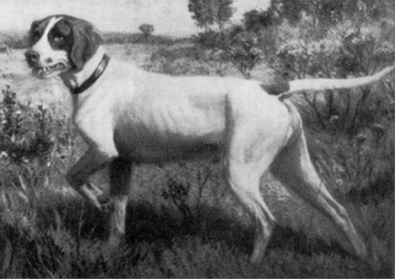 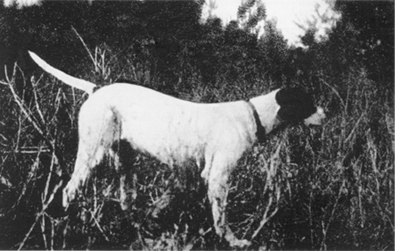