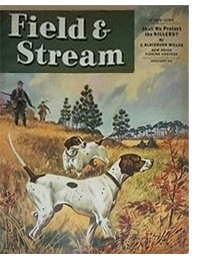 Frederick Farrar McCaleb was born at China Grove Plantation near Monroe, Louisiana on December 9, 1893, the son of Dr. and Mrs. Jonathan H. McCaleb. He studied at the American Academy of Art in Chicago and at private art classes in New York and later worked as an illustrator in New Orleans. He was a charter member of the New Orleans Art League founded in December of 1927 and at one time, president of the New Orleans Sportsman’s League. As a young man, McCaleb was recognized in Forrest and Stream as a talented trapshooter competing in the Louisiana State Championship.* (Though a World War I Draft Registration Card for 1917-1918 was found, it is not known if McCaleb fought overseas.)

In 1920, Fred McCaleb was placed in charge of the art department of the New Orleans office of the Ferry-Hanly Advertising Company headquartered in Kansas City. In 1928 he began working as an illustrator at Fitzgerald Advertising (Beuerman Miller Fitzgerald Inc.). Artist Don C. Smith, a colleague at the agency, fondly remembers Fred McCaleb, describing him as a delightful, quiet and unassuming man who lived for the outdoors. He was a bachelor residing with his sister, Mrs. Isabel M. Porche in Metairie during the time Don knew him. He had a sporting camp on Lake Catherine — a popular area for both hunting and fishing, activities which McCaleb pursued at every opportunity. His great love and first hand knowledge of the sporting life lent authenticity to his skillful illustrations. 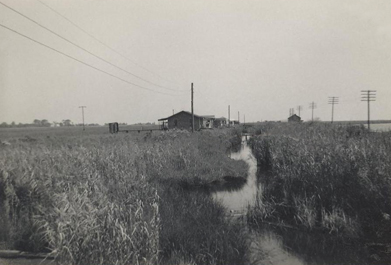 At work, when McCaleb was not on an assignment, he kept busy creating his outdoor drawings. He made initial light sketches in pencil, then drew over them with pen and ink. For several years McCaleb created drawings from which prints were made and given to the agency’s clients at Christmas. Particularly popular were his depictions of sporting dogs as well as one of two gamecocks. Some of the illustrations which graced the pages of the American Field Christmas editions were of field trial scenes. 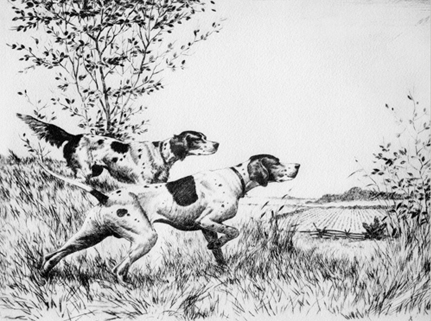 “Steady” Drypoint for Brown and Bigelow

Around 1932 he began to attain national prominence as an outdoor artist. Using oil and watercolor paints, pen and ink and airbrush, he produced portraits of champion bird dogs that drew praise from handlers and owners throughout the country. “One of the best dog paintings I have ever seen” was the accolade given by A. G. C. Sage of Alberta, Alabama and New York, in praise of McCaleb’s portrait of Sage’s multiple national champion Ariel. 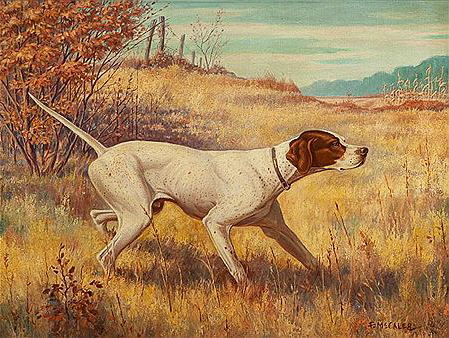 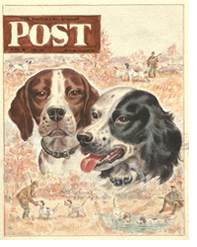 Though McCaleb’s greatest fame will always be for his beautiful depictions of sporting dogs, he did drawings, paintings and etchings of many aspects of sporting life. His work was featured on the covers and interiors of magazines such as Field & Stream, Outdoor Life, Sports Afield and the American Field. He illustrated books including “The Stranger” by Marcellus L. Davis (J.B. Lippincott Co, 1938) and “Bird Dogs” by Ray P. Holland (A. S. Barnes and Co., 1948).

On November 24, 1959, Don Smith visited his old colleague and friend in the hospital. Fred McCaleb had suffered a heart attack and died later that very day. Don came into possession of some of Fred’s original sketches which would later become inspirational to his son, the accomplished sporting artist Brett James Smith. 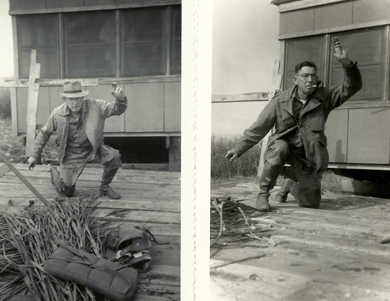 Fred McCaleb posing for photographs possibly for his own use. These may have been taken at his camp at Lake Catherine.

We thank Don Smith for sharing his recollections of Fred McCaleb and helping with the research for this article. Thanks to Don and Brett for sharing their collection of McCaleb drawings and sketches. Additional help, thanks to: Cathy Trione Gontar, Librarian, Jefferson Parish Library, Metairie, LA, Michael Sartisky, President/Executive Director, Louisiana Endowment for the Humanities, New Orleans, LA, and Laura Lee Killeen, Beuerman Miller Fitzgerald Inc., New Orleans, LA.