Through the years I have been fortunate to witness some great races on the Canadian prairies. The prairies are a measurement of a dog who must be able to run them to the extreme if he or she is to be called an “all-age” contender. Whether it be the prairies of Mortlach, Stoughton, or Broomhill, the requirements are the same. One would like to see a great race rewarded, but that is not always the case when there is an absence of bird work. Such was the case in September 2006 during the running of the Pelican Open contested in Broomhill, Manitoba.

Lester’s Absolute handled by Colvin Davis was loosed in the rough pasture east of the Davis camp to begin the sixth brace of the stake. Heavy rain and wind had caused a two-hour delay and the threat of more rain was evident as dark clouds rolled across the prairie sky. Absolute wasted no time in going to the likely places in the rough pasture. Finding no game in the pasture, he crossed over into the Gervin alfalfa field. He was putting distance between himself and Colvin. He stayed on the north line in the alfalfa field and was last seen nearing the boundary road as Colvin entered the alfalfa field. Colvin stayed the course as he turned toward the Forsythe stubble field. Rip (Absolute) began to exhibit his training and desire to stay with Colvin because, although at a great distance, he turned on his own toward the front. He stayed on the east field edges as he took in the Forsythe and Tillbury fields. The distance between boundary roads here is one mile. Rip was consistently three quarters of a mile from Colvin. The course turned back west at the boundary road, but Rip held the line and continued southward. Normally the scout would have been dispatched, but the distance was much too great. Colvin continued to ride at his normal pace and “sing” to Rip. We watched as Rip neared the next boundary road and were amazed when he turned at the road. He was literally over a mile from his handler when he passed the distant farm headquarters without stopping. Rip continued to stay at this distance for the remainder of his bid, but he was never out of contact with Colvin. He crossed into the Gervin property and was seen working the shelterbelts as he headed toward Broomhill. Time was called as Colvin topped the rise in the alfalfa field. Rip was not in sight, but then he was spotted along the abandoned railroad roadbed still running hard almost a mile to the front. During the brace he had consistently stayed to the front at a range of three quarters of a mile and at times reaching a mile.

Rip did not place in this trial; there were other dogs with acceptable races and bird work, but he laid down one of the greatest all-age prairie races that has ever been run. It was a race that will be forever etched into the memories of all who saw it. 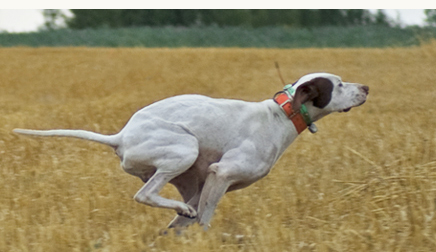 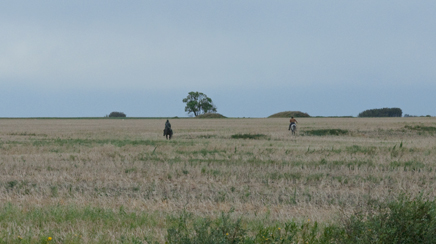 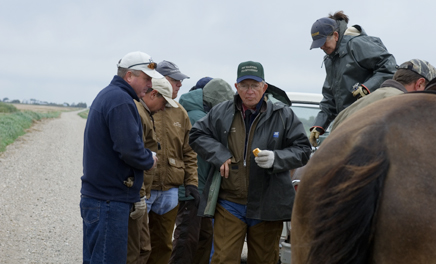 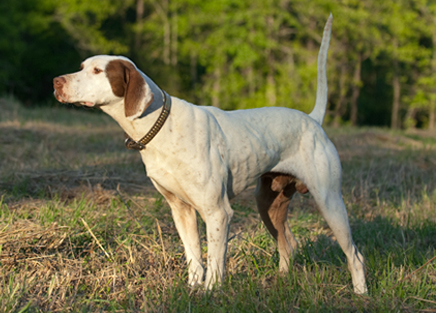