I guess my favorite field trial bitch of all time was Stanton’s Victory. Her kennel name, of course was “Vicky”!!!

The first time I saw Vicky as an all-age performer was at the Continental Championship in 1955.

A freak “Blue Norther” misdirected from Texas and Oklahoma eastward to Georgia blew in at the Georgia-Florida border, about 30 miles east of Tallahassee, where we were running.

I was thirty years old and I had never seen sleet and hominy snow that far south. It was about January 24th, and the system just invaded, with winds over 25 miles an hour. You could tell, because the broom sedge was bending almost horizontal to the ground.

Judge Dick Dumas was into his handy slicker suit in a flash. Dr. Earl Miles, from Brooklyn, donned his parka and drew the string tight. I had no rain suit.

But Stanton’s Victory and one-eyed Howard Kirk, who had walked iron, cared not one whit for the inclemency.

Mrs. Livingston’s quail greeted the storm with glee and paraded out to meet Vicky.

She pointed first at some budding plum bushes. That’s how warm it had been. She had ‘em right in front of her, and Howard showed the birds. About nine minutes later, and I could see her pink-frosted tipped tail now, trembling and high.

Now it sleeted and visibility was bad—for everyone except Howard Kirk and Vicky. Howard picked his leather and ruberoid hat off of his bald head a third time and the little ice granules showered and bounced off his pate as he rode to a hilltop.

I was soaked and shivering and I cannot remember whether the other dog had been taken up or not. But, for one reason or another, as soon as he had Vicky away from that last find, Howard drifted back behind Judge Dumas to Dr. Earl Miles, reached over, and drew the drawstring bowknot loose from Dr. Miles slicker-parka top, and hollered in his ear:

“Tha’ll due respect. Doc Miles, you cannot see nothin’ through that consti-pated lil hole, now!!! Come on up here, throw that parka back and watch this bitch… Cause she’s dam sure winning this champeeenship!!!”

As we finished that brace, and Howard rubbed Vicky down, Mrs. Eleanor Livingston, owner of Dixie Plantation, sent her horse trainer in a jeep to get me. He wasn’t ever solicitous of anyone’s discomfort, left to his own designs and decisions.

“Mrs. Livingston says you get down and get to a dry warm place,” he said sternly. “You ain’t dressed for this.” I hadn’t noticed that my windbreaker and vest were soaked through. My old newsman’s fedora was soppy like a rag. Only my behind was dry. Well…damp.

And it was. But here’s a sequel.

A shooting dog entrepreneur tried all spring and summer to buy Vicky from her owner, Mr. Mitchell. This man from up east had enough money to burn up a snow packed woolly mammoth, but he balked within a few dollars of Mr. Mitchell’s asking price.

Howard Kirk told John S. Gates what was happening, and hinted that Gates had “some owner, certainly” who could step in and snatch up the great young bitch. “If I can’t keep her, I hope you can get her,” Kirk reportedly said.

On the anniversary of Vicky’s miraculous performance, John Gates turned her loose at Dixie Plantation in the Continental again. This year it was 80 degrees in the shade in January, and it hadn’t rained between Monticello, Florida and Quitman, Georgia in five weeks.

Vicky swept away independently and had three finds in the first 40 minutes, all perfect. Then she was gone for a while. I don’t remember just how long, but it was nearly 15 minutes, and she was a front running, showy field trial performer, and this was extremely uncharacteristic.

She came back from the left side of the course, and had three more finds—one on which she was found straight ahead and to the right under a live oak, near pickup time, the 110-minute mark.

She won the Championship for the second consecutive year.

But, for the time she was gone, she had been, mistakenly, collared and locked in the Quail Lodge kennel by another dog trainer. And, she was released by another pro, who hastily interceded and directed her back to her handler, Gates and the horse gallery.

I always wondered who the zealous fellow was and who the good Samaritan was. About two months before he died, John told me who the trainer was who returned Vicky to the field trial in time to keep her from being disqualified. It was Bill Conlin, a classically educated architect who was smitten with pointers and setters and trained professionally for the “eastern circuit” and attended some Southern trials and trained in Canada. He and I were always very close, I thought. We were drawn to one another and discussed many things outside Birdogdom. But he never told me who put Vicky up.

Just four years later, a great old Hall-of-Famer, Ed Farrior, won his last championship at the Continental with Crossmoke, a white an orange pointer bitch, whose last find was so far away, that Mr. Farrior didn’t get there for four minutes. Prior to that, the large gallery and both judges took at least three minutes to get to the live oak copse where John Gates sat on his horse, hat raised. He had called point for Mr. Farrior and remained there, protecting the bitch and her “find”, until judges and handler could get there.

In doing so, he neglected his own brag dog, Medallion, which was soon lost out of judgment. Mr. Farrior and Crossmoke won the title, of course. I can remember one dog trainer in that gallery, Winfred Campbell, crying… Huge tears rolling down his cheeks. I remember thinking at the time. “Yeah, that’s really unselfish of John but isn’t Winfred overreacting?”

Then, on April 11, 2005, I have corroboration of an aged suspicion, born on that desert-like day of Crossmoke’s triumph at Dixie.

A witness has unloaded on me: It was Mr. Farrior who, believing she was lost and out of judgment, mistakenly placed Vicky in the kennel in 1956, and John Gates repaid him with gallantry. 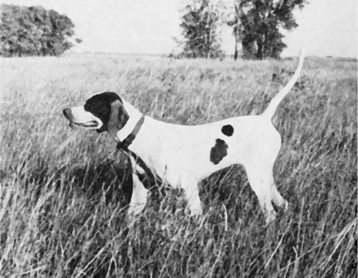 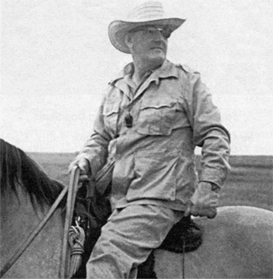 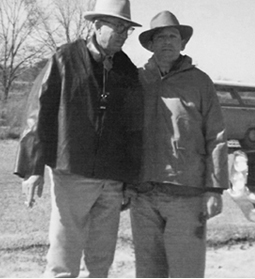 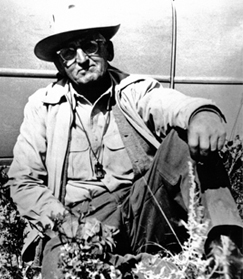 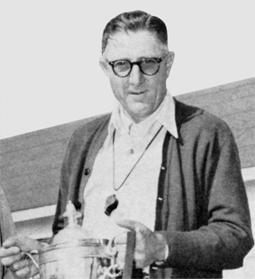