Thanks to Jack Herriage for this story.

One hot day in May 1967, we were running at a field trial on the Lake Whitney (Texas) field trial grounds. This was a highly contested trial, albeit a 30-minute stake. The 1975 National Champion, Volcanic Express was being run by her trainer, the late Marion Gordon.

On “Peggy’s” breakaway, she went out of sight, straight ahead. When we reached the summit of the rise, there she stood on point with a covey located right out front. Marion kicked her birds up and took her on. On release, she went straight ahead, out of sight, over the next hill. She was found on point again, birds right up front. After this beautiful find, Marion turned her loose and again, she broke away directly to the front, out of sight. Once more, she had the covey pin-pointed right in front. After the third covey was flushed for her, her 30 minutes was ended. As we watched, pro trainer Gordon Hazelwood remarked to me, I’m sure glad there is still a second and third place left.” 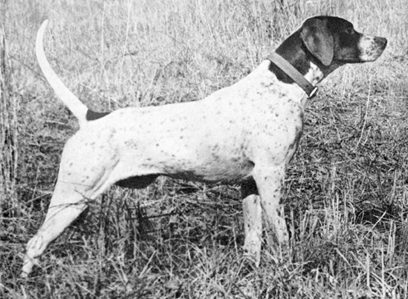 Later in the stake, I asked Marion Gordon if he would scout for one of my dogs and he said, “Jack, I don’t know if I could call point for you or not.” Slightly offended, I got another scout, wondering why Marion would say that to me.

Some years later, we spent a couple of summers with him and his wife, Etta, on their training grounds in Canada and I got to know Marion very well. I learned what an honest, truthful person he really was. You always knew exactly where you stood with Marion. When we discussed that earlier Whitney trial, he told me that at the time, it had been a while since he had won a trial and he felt that he really needed that win. “That’s why I refused to scout for you,” he explained. Little did he know that with Peggy’s performance that day, we could still be running to this day and she would have won anyway. 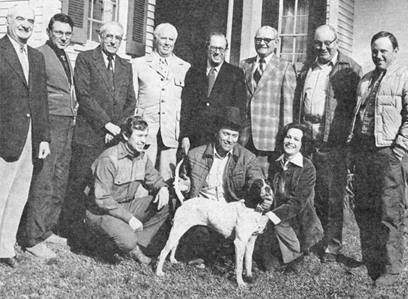