It may be difficult for modern field trialers to visualize a time when few, if any, competitors brought their own horses to the competition.

Nowadays there are special trailers to haul several horses and as many dogs as will be needed for the trial, with space left for sleeping and cooking. 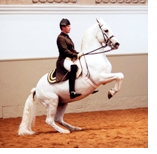 When I went to my first field trial, we rented horses to handle from. They usually came from a porous corral of cayuses that would’ve made William Faulkner’s and Flem Snopes’  historic “Spotted Horses”  look like the Spanish Lipizzaners in Vienna.

I’ve written in another place about a field trial judge who, at the end of a trial, sought out the horse man from whom he purchased his mount of four days. But when the judge was asked what he was going to do with the nag, he said:

Well, the judges always got first pick, and then the club officers, and maybe after a few slick bribes from handlers, the reporter was dealt a mount. And THAT is stretching a definition.

Probably the most appreciated words ever written about my early experiences as a field trial reporter were these:

“He rode whatever they put him on for eight and 10 hours a day.”

Most amazing was that I rarely complained, unless the beast shied at the flutter of pages repeatedly to further encrypt my cuneiform. Then I would accept an even rougher ride if I could do my job seamlessly.

Right now I’m remembering the old Pinehurst trial held around Christmas time by the inimitable James Tufts, unerringly polite, humorous, erudite and certainly always on my short list of the best men I ever met.

We were given horses from the fancy Pinehurst stables. Jimmy had a little wizened, Irish horse handler who must have hated my guts at first sight.

I admit I was spoiled by comfortable horses at home and that since I didn’t have to “post” most of the time, I didn’t do it well… Not even in self-defense.

All of the Pinehurst string were supposed to be “gaited”. If they were, the gaits were:  Start — Stumble — Fart — Fumble — and Fall!

It was impossible to do what I had to do as a reporter on one of these animals. The ugly little horse person exhibited such heavyweight antipathy for me that Jimmy Tufts offered me his mare.

She was a glistening bay, sleek and healthy. But it felt like she was trying to crease Satan’s skull at every step. My Lord!! What a great rider that Tufts man was! To the stable born! And I felt like an urchin. But even the well padded judiciary found their mounts devoid of a “walk”. So we cantered a lot. 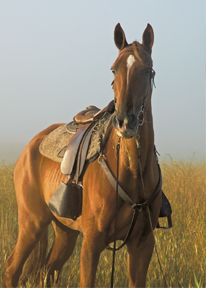 I cannot imagine how rugged and demanding handling a dog from indigenous horseflesh must have been. I remember that because of Red Weddle, John Gates and Lee Worstell. There were some fairly comfortable horses around Broomhill Manitoba where the old All-America was held in the 50s. This quality spilled over into the horses assigned to judges and reporter.

Meanwhile, at the Border International, John Gardner, the trainer, always picked out the horses for “the official party”.  Gardner thought he was a comedian, and he also thought that he was the only person on earth who knew anything about horses.

Therefore, a judge or reporter might end up astride an 1800-pound feather-legged, washtub-footed refugee from Gussie Busch’s St. Louis beer wagons.

Or it could be a cadaverous Palomino that didn’t like spurs of any kind — no matter how nubby and unobtrusive. This one threw me viciously twice at the saddle up area south of Frobisher. No one apologized. No one offered balm.
Gardner led everybody in the guffaw chorus.

I attended the Continental Championship for several years as a newspaper reporter. During that time Mrs. Livingston’s horse trainer J.B. Smith developed some sort of allergy toward me, even though she sent him to take me out of a freezing rain one morning. When I began reporting for the American Field, Smith announced to everyone that “Bill Allen won’t ride any of MY horses.”

So, for a couple of years, Buck Ramsey, a neighbor who lived surrounded by Dixie plantation and dealt in horseflesh, provided my mounts. During that time he found me two really comfortable horses on which I could be sure of seeing the field trial and of taking good notes.

Dr. Alvin Nitchman delighted in teasing me… Telling me I ought to ask that I be given “Tony” from the Dixie stables to ride. I broached the subject the next day at lunch time and one day later, one of Smith grooms showed up on the morning starting Hill with Tony. He was less than mediocre. After that morning, and until I got my own horses, I was satisfied with “come what may” and Buck Ramsey.

During the early years, from 1948 through 1960, the one venue where I could always expect to have a horse that would take me to every point safely and comfortably and allow me to flutter my paper, drop and retrieve writing instruments, take photographs, and ride with confidence like all the other people… was Waynesboro where the Georgia trials were held.

And that was because of the Mobley family. The patriarch, Lewis, and his sons became really close trusted friends of mine and they all understood that my job required more riding to more places with poor footing and hazards and that I had to record what I saw at said places.

Ergo, I was usually properly mounted. The sons were: Flint, Nease, Gordon, and Lamar. We spent a lot of time together.  Gordon went to Canada one year with Francis Frazier and when he saw Betts and me in Frobisher, he actually broke down in tears…he was THAT homesick!  …and WE were “home”.

And Gordon marked an important point in my career that summer when I prevailed upon him to pass judgment on a grey horse before I bought it from one of Hoyle Eaton’s helpers, who had trailered it from Mississippi.

Greybill turned out to be the greatest horse I ever owned, and except for one, the best I ever wrote in a field trial. 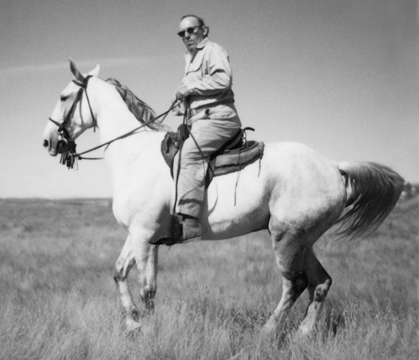 That purchase led to my acquisition of two Canadian horses blessed with walking horse gaits.

One, a dull colored gelding, I called “Souris” for the river that winds its way through southern Saskatchewan and Manitoba. (Souris is Français for Mouse) The other one I named “Tsali”  for a Cherokee intellectual.

Let’s wind up this meandering piece with Tsali’s tale.

Tsali was a big tri-colored gelding, chestnut with black mane, white stockings and a sculpted head. He also had a sort of “magic” mark — a white crescent on his rump, edged in black-on-chestnut-rust.

My 11 year old son, Vic was with me when I bought him from a man who ran a feedlot in Potage la Prairie, Manitoba.

I rode him all day and had just put Vic up on him. We were riding along between braces calmly, when suddenly the whole Bill Rayl family descended on us like a storm. Eddie Rayl whisked Vic out of the saddle like a hawk plucking a rat. Bill grabbed the cheek plate of Tsali’s bridle.

Eddie yelled: “Bill! That horse is a mankiller, Bill!!!”

Well we all were soon standing on the ground and the Rayls were telling me that this horse Vic was riding was notorious in the Manitoba  area where they trained.

They said he had kicked a man to death who was trying to bridle him, and another man in a runaway escapade.

In some sort of brazen macho display I swapped horses with Vic and “rested”  Tsali next morning. 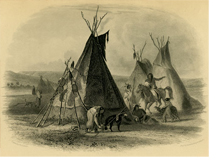 My best friend in all of Canada, Ken MacLean, did some investigating and gave us all the details.
Tsali had been “fixed” by two Assiniboine “Native Canadians”.

They rescued him from the nackers and staked him out on the Prairie with chains and… They starved him.

When he lost all of his defensive combativeness, the fear and hateful anger through sheer weakness, they brought less than a half cup of oats and a canteen of water. When the horse allowed them to crawl under him and around all of his legs, pull his tail, touch his sheath, halter and bridle him, repetitively they increased the oats and water.

They were in no hurry. When they could “touch his eyeballs” and file his teeth with impunity, they pronounced him”fixed”  like all good North American entrepreneurs, they capitalized generously on their handiwork.

We all rode Tsali for years. I took him into the mountains and when I no longer had a decent stable for him, a very close handler friend took him. Looking back I really should have offered him to the Rayls.

But to confess, I’m not sure that prior to 1977, I was capable of serious self-examination or selfless gesture.

All this reflecting on the bad patches in time, profiles the essence of learning.