Is It Ever Too Late? 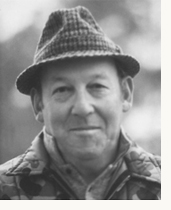 Somewhere in the Book of Isaiah, the prophet says that before one may expect righteous redemption one must experience the very depths. This is in harmony with Old Testament parameters: the concept of “justice” on demand came later, as I understand it.

So, here is a parable (another of my True Fables) that happened in the 50s and I witnessed it.

The Southern phalanx of the Field Trial fraternity held that the winner of the Dixie Puppy Stake in Alabama was the best prospect in Bird Dogdom, no matter how long in the tooth.

For three years in a row, a puppy by the same sire, Stormy Mike, won and several more of his progeny placed.

A select few of these winners went on to win derby stakes and become distinguished competitors on the “Major Circuit” in All-Age competition. 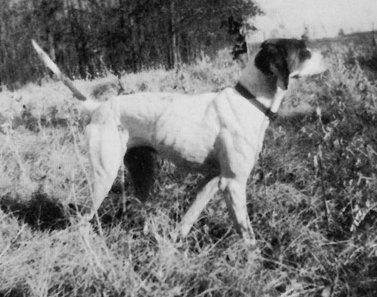 From puppyhood to maturity, the male Derby star, Storm Trooper (Don) was owned and widely campaigned by McCall; who was much enamored of him, and of Dimke; who went all the way with the dog.

This dog was fast, classy in gait and huge on point and the subject of gallery buzz wherever he ran. But his second year, he ran under the wrong appraiser.

During a three-find hour, Don was running an edge when he was called to the front by his handler and he left the edge to slowly bend to Dimke’s bidding toward the front and on ahead.

One of the Judges, P. Brooks Holt, of Okalona, Mississippi, left the gallery and rode over to where Storm Trooper had made game, plowed into the woods edge deeper and a bevy of quail came out.

Judge Holt came out of the woods, proclaiming that Dimke’s charge had blinked the birds, and not satisfied with advising the other judge of this, he entertained the gallery with his superior sagacity and almost mystical ability to ferret out “truth” of a dog’s character and intent.

The attack went farther, extending over months and many unprovoked ad hominem pronouncements regarding Storm Trooper’s  “instability” and Dimke’s untrustworthiness as a trainer/handler. B. McCall was sad and at a loss for clues. He had watched the dog from whelping and had never seen him refuse or heard of such a thing. But Holt laughed in face-to-face confrontation and gleefully maligned Storm Trooper at all opportunities.

McCall was almost as fond of Dimke as he was of his dog, Don, but the trainer went into a tailspin and could not duplicate his early successes either in workouts or in trials. And, in a weird turn of events, the pointer stopped finding game and was less biddable.

“I jus’ believe they’ve lost each other,” McCall said. “I’ve seen Ol’ Don run up more birds and chase ‘em in one workout than he’s found the last few months…” 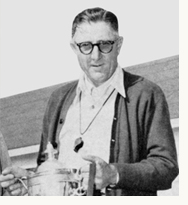 So, with no joy, with dejection and with a last-ditch mindset, McCall sent Storm Trooper to an old friend, a “prime-cut” trainer of All-Age champions, John S. Gates, in the Georgia plantation country.

“Take him to the prairie and then work him in all those birds you claim you got,” McCall said. “We’ll make a decision next fall or December.”

So, Gates took Storm Trooper to South Georgia and unlike most professional trainers, efficiently housebroke Ol’ Don and kept him in his home that spring before the prairie trip. When they got back from the wide open spaces of Manitoba, Gates killed many, many, wild quail for him (and Don put his mouth on every one of them).

Before December, Storm Trooper had placed and had a very famous “chase-and-stop” when birds got up as he roaded stiffly toward them, and he bounded after a straggler and halted at Gates’ command. It was not under judgment, but it was reported, with some glee after the stake.

Then, in February, Gates won the three-hour National Free-For-All Championship with the dog at the same venue where Don had won the National Derby Championship!

That’s the true story, and of course, it did not satisfy Holt and his passel of badmouthers.

But B. McCall kept Dimke in business, and Gates came up with a National Champion for McCall before they were done.

The name of THAT dog was War Storm. 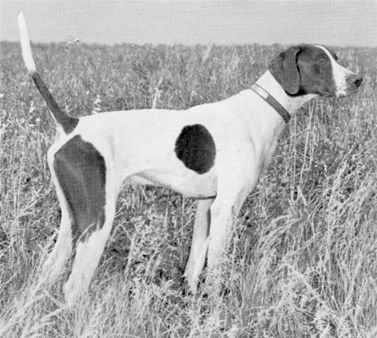 1964 National Champion War Storm. He was inducted into the Field Trial Hall of Fame in 2009.

For more of Bill Allen’s true fables, visit our store to purchase “The Unforgettables and Other True Fables” available only through Strideaway!