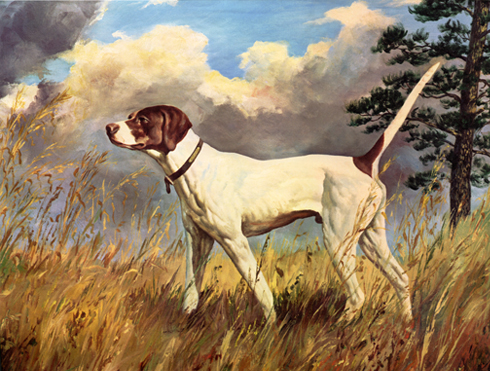 Iwan Leroy Lotton was a prolific, partially self-taught artist whose oil paintings (primarily consisting of bird dogs and racehorses) were commissioned by private owners and collectors throughout the United States. Most of his oil paintings were made from photographs of the dogs in the field. Many of the images were taken by Mr. Lotton himself who was an accomplished photographer developing his own film in a small darkroom he built in the basement of his home in Medinah, Illinois. His other subjects included landscapes, still lives, and portraits. His style of painting was very realistic in nature with nearly all artwork executed in oil. Sometimes when a private party commissioned a painting of their dog, in order to achieve a true color representation, Lotton requested a lock of the dog’s hair be sent along with a photograph by his customer. 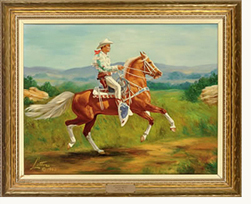 Iwan (Ivan) Leroy Lotton (1913-1973) was born in Rising Sun, Indiana on February 12, 1913. Named “Ivan” by his parents, Bertha and Roland Royal Lotton, he grew up on his grandfather’s farm overlooking the picturesque Ohio River in Elizabethtown, Illinois. He helped with the crops, raised rabbits for food and harvested catfish from the Ohio using long trout-lines equipped with hooks baited with night crawlers.

Ivan Lotton was married twice. His first marriage was to Robbie, his childhood sweetheart. They had two children, a girl (Betty Lou (Herr) Lotton, deceased) and a boy, Charles Gerald Lotton, a contemporary glass artist whose studio is located in Crete, Illinois and whose three sons are also glass artists. Charles Gerald Lotton maintains an art gallery in the Bloomingdale building on North Michigan Avenue in Chicago, Illinois.

Divorced in the early 1940’s, Ivan changed his first name to “Iwan” and moved to Chicago where he worked in the Chicago Stockyards on the south side of the city. Iwan attended the American Academy of Art and later worked with such well known artists as Gillette (Gil) Elvgren and others who produced commercial “calendar girl” art. He later met Anastasia Dorothy (Kella) who he married and had two more children, sons Gerald Iwan Lotton and Donald Wayne Lotton. 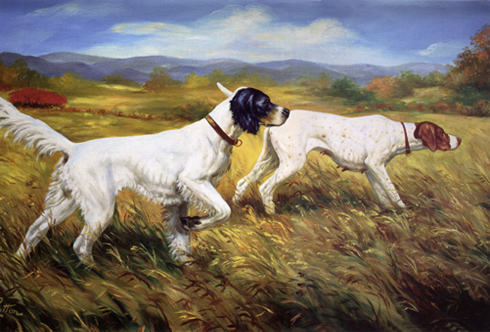 Though an accomplished artist, Iwan Lotton’s work was never highly promoted. His paintings of bird dogs and racehorses went primarily to the individuals who commissioned the works and were prominently displayed within private homes. Only as result of estate sales in recent years have some of his paintings come on the market for sale to the general public. As a result, during Lotton’s lifetime, there were no art shows, gallery presentations, museum exhibitions, or other means of public display or promotion often attributed to well-known artists. Lotton struggled to pay his bills and raise a family working the third shift as a machinist, painting whenever he could. He wasn’t a starving artist, but he never achieved the recognition he deserved during his lifetime. Today, many of his commissioned paintings of famous field trial bird dogs are prominently displayed in the National Bird Dog Museum in Grand Junction, TN. 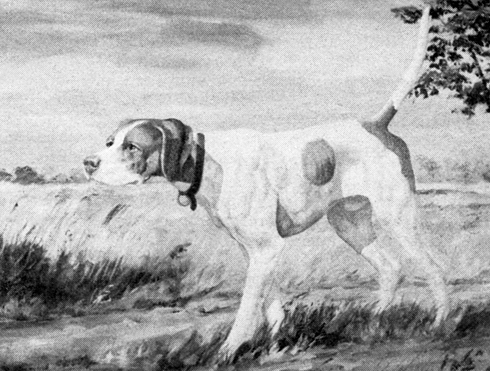 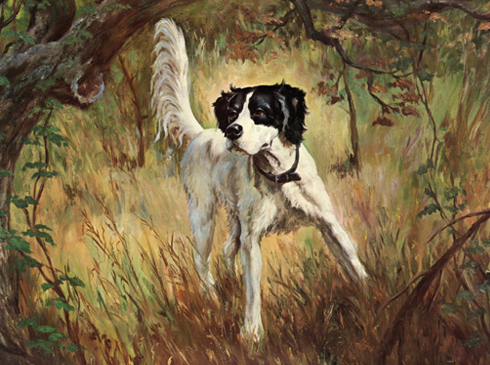 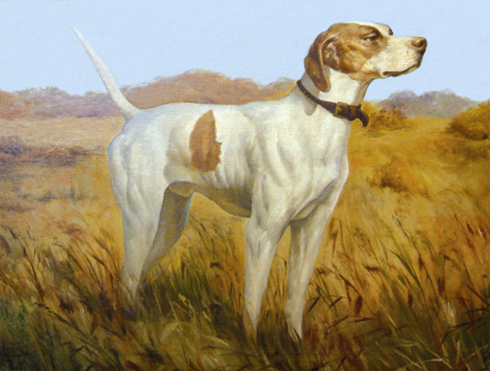 Thanks to Iwan’s son Donald W. Lotton for the above information.