Points From The Pros ~ On Judging Field Trials 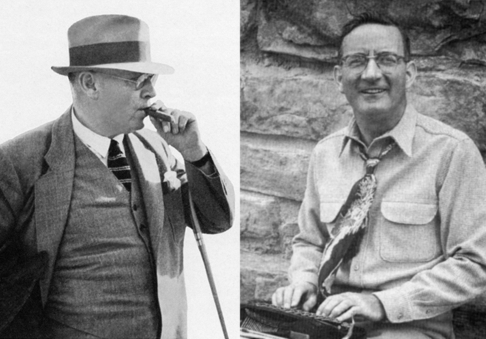 Hochwalt felt that a field trial judge was in supreme command at all times and should exercise his prerogatives to keep things under control, to assure equality of competitive conditions, uniformity of opportunity, and elimination of interference. He did not believe there was any need for lengthy rules and regulations. The conditions should be outlined briefly and promulgated regulations permit sufficient latitude for the judges to exercise their discretion in complex situations. Hochwalt always thought that Thomas Johnson of Winnipeg, Manitoba, had the right idea.

In a pamphlet he issued, Mr. Johnson said:

“There is so much bitter dissension about field trial rules and field trial judging that I will give my views. The fact is, rules are not required when you get judges who know their business, but unfortunately you cannot get them to think alike. The main case of this is the different opinions held by different judges of what constitutes field trial ability and a field trial dog. Some judges want dogs to get out of sight and stay out of sight, and place more on ‘leg work’ than “brain work.’ If their kind of dog gets away and stays away, but is eventually found on point, he is glorified as a ‘class’ dog. Then there are judges who want a dog to work out his ground intelligently, to keep busy, and if he keeps on the course and finds birds twice while the crowd is hunting for the class dog, they give him more credit than they would a straight-liner that got lost and was found pointing. The Northwestern Club (Canada) had practically no rules, yet it sounds paradoxical to say that it had, in my opinion, the best ever made, and so concise there could be no mistake in interpreting them; they were as follows: ‘The club has no running rules. It will engage competent judges and instruct them to give the greatest credit to fast, wide-ranging dogs that work to and for the gun, that are game finders and can handle their game in a high-classed finished manner.’ “I don’t expect that even a majority of field trial supporters will agree with my opinion, especially the novice who has just identified himself with the sport. To these I would say, in the words of the minister that I heard debating with members of his flock on a street corner in Grand Junction, Tenn.: ‘Well gentlemen, if yo’ all think that there’s mo’ intelligence in the pew than in the pulpit, den I’se got nothin mo’ to say.’”

From the January 23rd, 1988 edition of The American Field