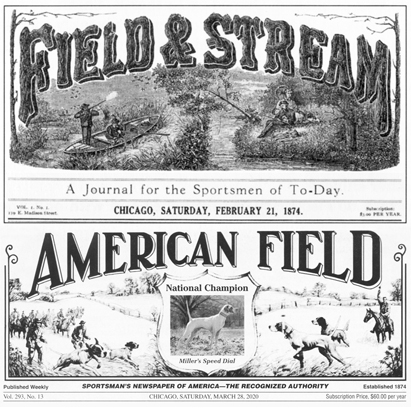 The American Field Publishing Company is no more, as an independent entity. On September 1 it and its Field Dog Stud Book were acquired by the United Kennel Club, an international for-profit registry for Coon Hounds, Beagles and other working (or sporting) breeds, including curs and feists. It could have been worse. Its website announcement says it intends to continue and honor the Field’s pointing dog trial traditions. Let us hope it can and will do so.

Two open questions: Will it impose conformation standards? Let us hope (no, pray) not. And will it require judges to be “licensed”, as it apparently does for other events where entered dogs are judged? The American Field system where judges are required to be identified in advance in an announcement of the trial has worked well enough. Let us hope it will be continued. It apparently has a DNA protocol. How it will coordinate with the AFTCA is another open issue.

The circulation of the American Field Magazine, no longer published save in digital format, has declined steadily for years. It had a circulation of about 13,000 when I started subscribing in the 1960s which fell to less than 2,000. Whether to be in future both print and digital or just digital, let’s hope the Field’s Christmas Issue tradition can be kept and improved. 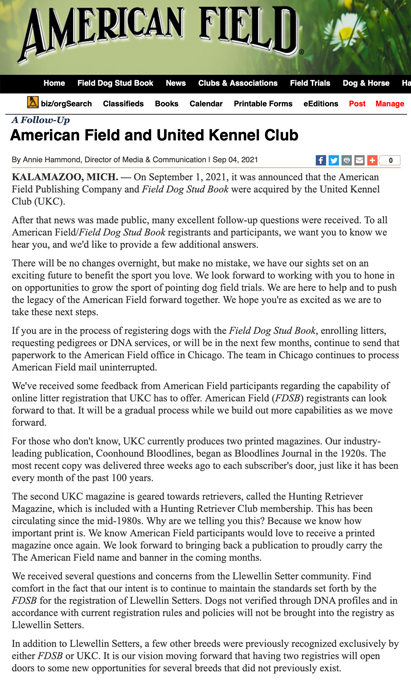