Ben Reach had been asked often to judge the Yankee Trial, the owner’s trial of the Georgia-Florida Field Trial Club held on Washington’s Birthday since 1916 to establish bragging rights among the quail-plantation elites of Southwest Georgia and North Florida. He’d always found an excuse, knowing his decisions were sure to offend several clients. But this year he’d been asked to stand in at the last minute for an out-of-town judge stricken with appendicitis, and he could think of no excuse. He might have, but the ask came from one of his oldest and most admired clients, Miss Florence Page, owner of Melinda Plantation, a small jewel in the matrix of ninety-odd estates between Albany and Tallahassee known locally as the Yankee Plantations. They’d been bought up by rich northern industrialists and bankers in the late 1800s for $6 an acre on average when they discovered the mild winters and plentiful quail. They had made the area the first eastern snowbird destination. In those years, the rails did not yet reach to Palm Beach or Miami.

Today the plantations were owned by descendants of the Robber Barons who’d established them as sporting estates on the British Model, except for a few sold to newer big-rich real-estate moguls, hedge funders, or buyout kings and a cable TV pioneer who owned two.

Miss Florence was the last of her line, a contemporary of Ben’s and of his friend Sam Nixon, M.D. They were her lawyer and her physician, and only they knew that Melinda Plantation, named for her grandmother by her grandfather, would go to a foundation on her death.

Each year the exclusive club, its members all plantation owners, selected one outsider to judge with a club member. The night before the trial, the judges got strict instructions on the Club’s standards for winners—a smooth and mannerly wagon dog that worked without need of loud commands, showed strong bird-finding ability and perfect manners. Too much range disqualified.

Ben’s fellow judge would be a pretty young lady and consummate sport who rode to the hounds, shot everything flying and excelled at golf, tennis, and gardening. She had strong feelings about the sort of dogs she wanted to place, which made Ben uneasy—he’d judged many American Field trials and just looked for the best performances among the entries, knowing perfection would not appear. This was his fellow judge’s first assignment, which gave him some pause. But it couldn’t be helped.

Ben was at Horseshoe Plantation early to watch the spectacle of the rigs’ arrival. The first brace would be loosed at 8am, and at 6am Ben sat in his canvas chair beside the entrance road to watch. One by one the truck and trailer rigs, bearing plantation logos, hunting wagons, and the matched mules or draft horses to pull them, rolled into Horseshoe Plantation and were quickly unloaded.

The wagons gleamed, and the matched teams shined, their manes close cropped or braided, their hooves blacked and gleaming. The skinners applied last-minute groomings. Other rigs carried fine Tennessee Walkers for handlers, scouts, and spectators to ride.  Ben counted over eighty hunting wagons—the gallery would be enormous.

Special vests in varying bright colors were handed out for marshals, timekeepers, and other mounted officials whose duties Ben did not fully understand.  Each wagon received a pennant on a long spindly staff. The pennant bore its brace number.  When that number came up, the wagon would be escorted to the front of the gallery, just behind the mounted judges.  Handlers and scouts would wear white linen vests bearing their brace numbers.

As the crowd grew, the scene reminded Ben of a medieval jousting tournament. The ladies of all ages were decked out in their finest sporting togs; the men wore coats and ties and fine riding breeches, topped with chaps and Tyrolean hats. Their mounts pranced. Ben hoped they had been sufficiently Aced.

All the handlers and scouts came by to speak to Ben in his chair. He had known most from childhood and the others since they’d migrated to the quail belt. Several were from Western Kentucky where many of the best bird dogs were bred and where farm boys learned bird dogging from cunning masters of the craft. Ben loved the spirit of the bird dog cult, had all his life. His father before him had subscribed to the American Field, and Ben had followed bird-dog lore through it as long as he could remember. Ironically, no account of the Yankee Trial every appeared in the Field.

Miss Florence’s Melinda Plantation rigs arrived, and her aging black handler, Ollie Breeze, his grandson Sammy, who would scout, and Mose Green, her even older mule skinner, quickly unloaded and hitched up or saddled the stock. Miss Florence arrived in her Land Rover, chauffeured by her butler. In the back of the Rover were coolers holding delicacies to be spread by the butler on her table under the big circus tent where lunch would be enjoyed by owners and their guests (the plantation staffers would eat beneath a different tent a short distance away).

Ben looked at the draw sheet and saw Melinda Plantation’s entry would go in the last brace. A good time of day to run, Ben reckoned, on this warm day.

Soon Ben heard himself say, “Let ‘em go,” and the trial was under way. Through the morning, the twenty-five minute heats passed quickly.  After each Ben huddled with his pretty fellow judge and coached her on how to keep a running tally of the best three performances they’d seen, discarding one of the three when a better job got done. Fortunately, he was able to reach agreement with her after each brace.

When the lunch break came, Ben joined his old pal Sam Nixon, M.D., at Miss Florence Page’s table where they sipped Champaign and nibbled crackers and brie, smoked salmon and caviar on toast, and cucumber finger sandwiches. Then came the steaks, hot off the grill. Ben ate lightly, knowing he’d be uncomfortable in the saddle for the afternoon if he ate his fill.

Sam had ridden the morning in Miss Florence’s wagon with two of her nieces who’d charmed him with flattery. Sam, like Ben, enjoyed the company of pretty young women—so long as they didn’t chew gum or pepper their sentences with “like.” The nieces didn’t.

When the lunch hour ended, Sam begged off for the afternoon, claiming he needed to pay a house call on a patient. Miss Florence knew it was likely a fib, but forgave him.

Ben found his afternoon horse to his liking and settled in to the work. His fellow judge seemed more at ease, thanks likely to the lunch Champaign. When the final brace rolled aground, Ben and the other judge had three decent placements in their judging books, though Ben still hoped for a standout for first place.

Ollie Breeze walked to the back of the Melinda Plantation shooting wagon and collared Melinda Rose, a petite pointer female. He led her past Miss Florence seated in the wagon who kissed her on the nose and wished her good luck. Then Ollie’s grandson led her by a rein for the breakaway, and Ollie swung into the saddle.

For the next twenty minutes, Rose laid down the performance Ben Reach had hoped to see. She floated out front from birdy spot to birdy sport and connected on coveys four times. Each time Miss Florence climbed down from her wagon, hobbled up and fired her Churchill 28- gauge double in salute when the birds flushed before Rose’s stylish point

Then with only minutes to go, Rose dug into a round-about thicket. Ben heard Ollie Breeze call “Point.” He dismounted and crawled through the thick young pines to get to Rose and Ollie. There she stood, proud and erect, Ollie behind her grinning. Then Rose stabbed forward, deliberately flushed her covey, and stood again proudly.

Ollie turned to Ben with a look of ultimate sadness, then moved to pick Rose up.

Unbelieving, Ollie looked at Ben, then grinned widely and did as he was told.

“Now lead her out of here and send her into the bottom to finish,” Ben ordered. Rose’s time was up, but Ben wanted Miss Florence to have the finishing cast to remember.

Back at headquarters, the Secretary blew his whistle, and all gathered round to hear the winners announced. Polite applause greeted the announcement of the third and second-place winners. Then came a roar of applause as Melinda’s Rose was named 2012 winner of the Yankee Trial.

On his drive home, Ben called Sam Nixon on his cell phone and reported what had happened.

“You are a damned crook, Ben Reach,” Sam said.

Ben Reach felt no guilt or remorse for overlooking Rose’s breach of manners. After all, the National Championship judges had done the same for Home Again Mike in 1960 when he ran up his eighteenth covey on the Ames Plantation. But he was glad his fellow judge hadn’t been present to see it, for he’d have had a hard time explaining his decision to overlook a serious faux pas in deference to an otherwise clearly best performance. Besides, Miss Florence had always wanted to win the Yankee Trial, and she’d done more than most anyone for conservation in the quail belt. Ben figured she and Ollie deserved it, and he liked a fiery female, human or canine. 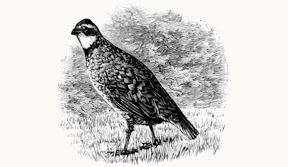