George Graves knew this year would be his last shot at winning the National. He had been trying since 1980, the first year he’d qualified an entry. In the thirty five years since he’d had at least one entry twenty years, sometimes two and once three. Eligibility required a dog to win two one-hour open all age trials, and staying eligible for another year required a placement (first, second or third) in the current season. On average about forty dogs were eligible for each National, run beginning the second Monday of February at the Ames Plantation, Grand Junction, Tennessee, just east of Memphis. 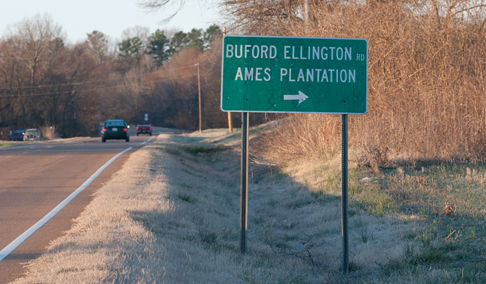 The National was known as the World Series-Super Bowl-Kentucky Derby of pointing dog trials. Ironically, most handlers hated it, and for understandable reasons. Its heats were three hours, difficult for all dogs and beyond the capacity of many. Since most trials featured one hour heats, it required a special feeding and conditioning regimen and rendered the dog less fit for shorter heats. More ominously, many handlers believed the three hour heat took something away permanently from the dog. George Graves despised the National, but like all in his profession he longed to win it. It separated the haves and have nots among handlers, not in terms of money but in terms of life-long prestige.

George knew this would be his last try because he had been diagnosed with a fatal illness, sure to disable if not kill him before the next National. He was reconciled to that, but more significant to him was the fact that this would be the last shot for his one qualified dog, Sweet Georgia Girl, the best dog of his long career. A ten-time open all-age champion, she had run in the National six straight years, and this would be her seventh and no doubt last attempt. She had come close to winning twice before but been edged out by a late running entry whose draw proved favorable in weather and bird movement. Luck of the draw had always been crucial at the National, for weather was changeable and unpredictable in the Ames Plantation’s locale in mid-February.

This year Girl drew the morning of the second Monday. George viewed this as potentially propitious, for there was no Sunday running so birds would have enjoyed a day of quiet without the disturbance of pounding hooves or howling handlers or searching dogs. If only the weather cooperated and provided a day when temperatures were moderate (between 45 and 55 degrees) with light winds not from the east and preferably slightly overcast.

The only aspect of the Saturday night drawing before Monday’s start that disturbed George was Girl’s luck as to brace-mate and it’s handler. Girl drew five time champion Alabama Alice, a pointer handled by George’s long time rival Fred Cooper. The handlers had a grudge match attitude between them over the last decade, born of a heat in which both men were sure the other had run off his dog.at the end of the brace. Both dogs had scored four finds in a big race and both handlers felt his dog had the trial won. The grudges on both sides persisted.to the present and were never out of either handler’s mind when they saw one another as they did at the drawing. The sport was famous for the grudges it inspired among handlers, scouts and owners.

When Sweet Georgia Girl and Alabama Alice came to the line the second Monday morning, the temperature was 50 degrees F. and the wind was blowing 10 mph out of the west. Skies were overcast but the weatherman predicted no showers before noon. The pointers, Girl white and yellow, Alice white and liver, sped away at 8 AM when Judge Crouse said,”Gentlemen, let ‘em go.”

The veteran bitches knew their jobs and knew the course and where it had held birds on their previous heats over it. They expected the birds to be feeding on the edges, their expectations informed by experiences in similar weather and country. Their instincts proved correct, and at the one hour mark each dog had notched three finds with style and good manners. Excitement built in the gallery and chit chat ceased. Only the songs of the handlers and the rhythmic muffled beat of 800 hooves filled the air.

Just behind the judges riding front were the owners of Girl and Alice and just behind them rode the scouts. Like the handlers they disliked one another, harboring resentment of perceived slights in years past. Because the sport provided so many opportunities for dirty tricks undetectable, veterans developed paranoia about rival participants and their motives and tactics. Once a dirty trick was confirmed by real evidence, suspicions long held became life long grudges. Grudges were held all around among the teams for Girl and Alice. 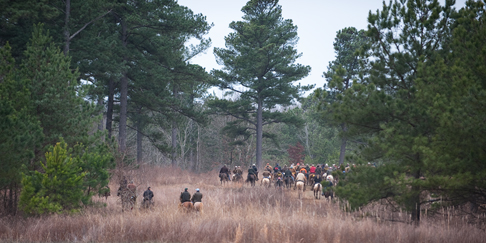 The second hour proved as fulfilling as the first for Girl and Alice. When it ended each dog’s talley was seven finds, and without a bobble. The judges rode with the balls of their feet on the stirrups, eyes pealed for the dogs when they briefly dug in on opposite edges, only to pop out ahead just where they should. Already veterans of the Plantation were feeling they were witnessing an epic brace, but they were silent, afraid to speak for fear of breaking the magic spell.

Then birds shut off. Forty minutes passed without bird contact. The dogs continued boring to the front, their times in cover getting longer and their handler’s nerves more taught. At near the same moment each handler called for his scout to drag its dog’s edge and dig in in search where he judged wisest as they had planned for the circumstances in their pre-heat final confab. The judges called time with both dogs and their scouts out of sight and their handlers far ahead, their whereabouts indicated only by their distant calls to their dogs. The judges halted and behind them the gallery. The judges huddled and agreed on the time for measure of the grace period within which each dog must be shown or have point called for it to remain in judgment (the same time for each dog).

When only two minutes remained, the distant call of point came from far to the front. The voice of George Graves was unmistakable. The judges were so excited they forgot or ignored their no-canter rule, though the marshals struggled to impose it on the gallery, now an excited mob.

George Graves sat his heaving horse twenty yards behind Girl, who stood proudly on her eighth covey, tail still at 10 o’clock despite her nine years and three hours hunting. George heard the Judges’ horses approaching in the distance and his heart stood still. Then closer by he heard a dog and behind it a rider. The dog appeared out of the cover and backed his Girl at twenty yards. Then he heard the other rider hit his whistle softly, and Alice moved up and stole Girl’s point. George turned in the saddle to see Fred Cooper grinning from the saddle of his lathered mount.

George’s reaction was as sudden as a rattler’s strike. He reached in the leather pouch attached to a ring on the front of his saddle. From it he pulled his 44 magnum revolver, loaded with rat shot for snakes often encountered on his Southwest Georgia training grounds. Without a moment’s thought he spurred his gelding and reigned it toward Fred. At five yards he fired it at Fred’s heart and watched his rival recoil out of the saddle, dead before he hit ground. He felt no regret, just satisfaction. The score was settled. He had at most months to live.

Then he turned to look back at the dogs. In the confusion and gunfire, Girl had moved up to re-take the point and Alice was now backing from five yards behind Girl. The Judges arrived and saw the scene (but not the dogs’ movements), George still held his .44, pointed now at the ground. “What happened, George?” Judge Crouch asked. George sat in silence in the saddle as his scout went to Girl and flushed her birds, then troweled her off. 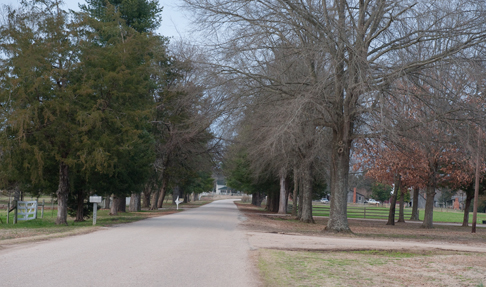