“Sam, you know I don’t take criminal cases anymore,” Ben Reach said as soon as his old pal began to lobby him.

“This is different, Ben. The boy needs you.”

“The boy” was Billy Culp, twenty-five years old, and the sole paid employee of Wilbur Page, an over-the-road professional pointing-dog trainer-handler based at Leesburg, Georgia, when not on the circuit. The circuit was the series of field trials held week after week from late August to late March from the prairie provinces of Canada to the red hills of North Florida. Wilbur and Billy traveled to the trials in a dually pickup, pulling a trailer hauling six walking horses and a “string” of dogs, usually ten to fifteen.

It was now March, and Wilbur and Billy were working from home, Wilbur’s small family farm where they lived in what was once a tenant house for a sharecropper, with its mule barn now a stable for the dog horses and its hog lot converted to kennels. The rest of the twenty acres served as horse pasture.

Billy’s criminal troubles had erupted at the Southeastern Championship. He’d been riding in the gallery, waiting to scout for Wilbur in the next brace, when he’d seen something in the woods that set him off. The result had been a gunshot wound, inflicted by Billy on Harry Eanes, a handler from Iowa. Billy had shot Harry in the buttox with the long-barrel pistol he carried strapped to the pommel of his  saddle, there for dispatching armadillos and rattlesnakes and loaded with rat shot.  Billy was charged with aggravated assault with a firearm, a serious felony.

“How did you get involved in this,” Ben asked Sam.

“Wilbur has been my patient for years. He brought Billy in to see me. He’s worried the boy will commit suicide. I got Billy to tell me his history. That told me you are the person to defend Billy.”

Ben could tell Sam was a believer in Billy. That was enough to tell Ben he should at least hear the boy’s story.

At the preliminary hearing next morning, Ben told the judge he’d not committed to represent Billy on the charge, but he was appearing to request bail. Sam and Wilbur were in court, and Ben told the judge Sam would go the bond if it were modest. In deference to Ben and Sam and their implied representation Billy would not skip, the judge set Billy’s bond at $25,000, and Sam paid $2,500 to a bondsman. (Wilbur had promised to take a gun-dog derby north for Sam in payment.  Doc’s last pointer had died of old age the week after Christmas).

That afternoon Billy sat in Ben’s library-conference room. Sam and Wilbur were with him. Ben asked them to wait in reception. Joanne brought them coffee.

Billy sat nervously with Purina cap in hand, clad in Levies and a thin cotton shirt from Wal-Mart. His worn tan lace-up boots betrayed his previous occupation. Billy was very blond, his hair two inches long on top, clipped sidewall on the sides. He was thin as a rail, about 5’8”. His pale skin showed long exposure to sunlight, and Ben was tempted to caution him to use sunscreen, but he was sure Sam had already done that.

Billy’s expression was troubled. Ben knew why Sam had been drawn to him. Sam had never outgrown the compassion for troubled young men his Vietnam experience as a battle field surgeon had instilled in him.

“What was your outfit?” Ben asked Billy without preliminaries.

“And your specialty?” Ben asked after Billy had called out his Marine battalion and company.

Harry had a reputation in the field-trial sport as a renegade, a hothead who would do whatever it took to win.  Of course, that reputation reduced his wins, for other handlers and scouts stayed alert for his dirty tricks. Nowhere did the saying “What goes around comes around” apply more surely than in field trials, where those who played dirty were always easy victims of the same tricks from the completion.

Ben’s assessment of Harry seemed to relax Billy, who showed the hint of a smile. Then Billy opened up as if the story were stored under pressure.

“I caught sight of Harry in the woods, off his horse with something white in his hand. It had to be his dog. I laid back and drifted over to the side. He had his dog by the collar and was lashing it with a flushing whip, hard as he could.  Something took hold of me, and I pulled my snake pistol and shot him in the butt,” Billy blurted, obviously relieved to get the confession off his chest.

“What made you do that, Billy?”

The youngster burst into tears, burying his face in his hands. Ben waited, but Billy could not compose himself.  Ben went to the door, and motioned to Sam, who came into the room and put his long thin arm around Billy. He said nothing and nodded to Ben to say nothing. Ben left the room. Fifteen minutes later, Sam came to get Ben, who was doodling in his inner office while Wilbur sat stoically in the client’s chair across the desk. Sam motioned Ben to rejoin him with Billy, and the two old men sat opposite the youngster who was nervous and shaking.

“Billy, if you can, tell Ben why you shot Harry.”

Billy stared at Ben, then at Sam, then at Ben again. He took a deep breath to begin.

“I was a dog handler in Iraq. My Hank was a Lab, and the best friend I ever had. Day after day, he went forward on patrol and smelled for IEDs. He saved my life and my mates lives day after day. Then my squad leader said, send him out to check a hut fifty yards in front of us.  He took the line straight for it, like he was going to retrieve a duck, and he dropped ten yards before he reached it—that was his signal he’d caught scent of explosives. Then a sniper shot him, as he lay there totally exposed where I’d asked him to go.

“Whenever I see a dog being abused, I see Hank lying there in the sand with his blood oozing out of him, and I lose it.”

“We understand, Billy. You and Wilbur get on home now. We’ll see what we can do,” Ben said.

When Billy and Wilbur had left, Ben asked Sam,

“Have you gotten his service record?”

“No, but I’ve started the process, called in some chips with an admiral I treated in Nam for an STD.”

“Sexually transmitted disease,” Sam said, rebuke in his voice for Ben’s ignorance of the medical jargon.

“Listen to this,” Sam said, and read Ben the citation that accompanied Billy’s Silver Star.

“If that doesn’t do it, I’ll surrender my law license,” Ben said.

“There is more than that,” Sam said. “Billy suffers from Post-Traumatic Stress Disorder, and he’s not a malingerer. Genuine PTSD—I’ve talked with two doctors who’ve treated him. They’re surprised—and proud—he’s working, not surprised he did what he did. They say he ought to go back to a Veteran’s Hospital for therapy—suicide is a constant worry for cases like Billy.”

“Of course we will,” Sam said, disgusted that his non-doctor partner was assuring medical responsibility for Billy.

Next day Ben went to see the District Attorney. He took Sam with him. For an hour they laid out Billy’s history. At the end, the District Attorney said, “If you get Billy checked into the VA Hospital and he stays as long as they say he needs to, we’ll suspend prosecution for a year, and if Billy’s clean then, we’ll dismiss the complaint for lack of evidence.”

As the curmudgeons walked back to their offices, Ben said, “Now I’ve got to go talk to Harry, convince him he doesn’t want to file a civil case against Billy. If he does, I’ll have the animal rights bunch down on him.”

“How hard will that be?” Sam asked.

“Not very, I think. I got a call from a farm boy in Iowa who worked for Harry a couple of summers. Says he can tell me where a bunch of dog bones are buried in North Dakota on land where Harry trains.” 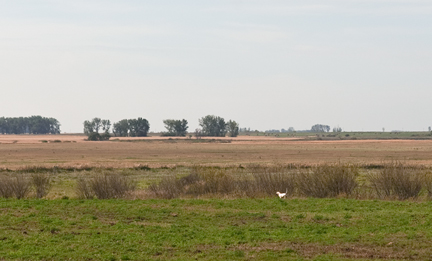