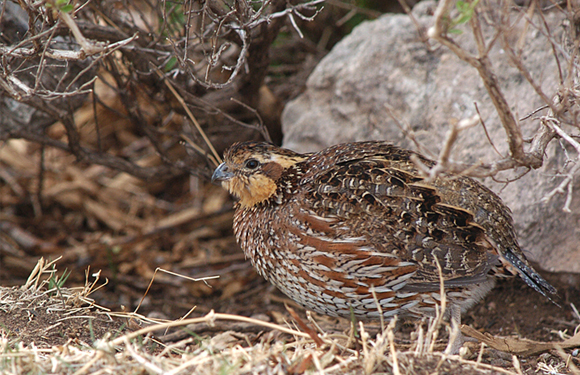 The Northern Bobwhite is divided into 22 different subspecies. Females show little variation among the different forms, but the males can vary dramatically. Some Bobwhites from Mexico have little banding across the chest, are uniformly rufous, and have all black heads. The most common species of quail, the Bobwhite is often referred to as the number one game bird of the eastern and southern United States. It ranges from Canada to Mexico and is found east of the Rocky Mountains. A combination of fields, brush, weed patches and wood lots are ideal places for bobwhite habitat.